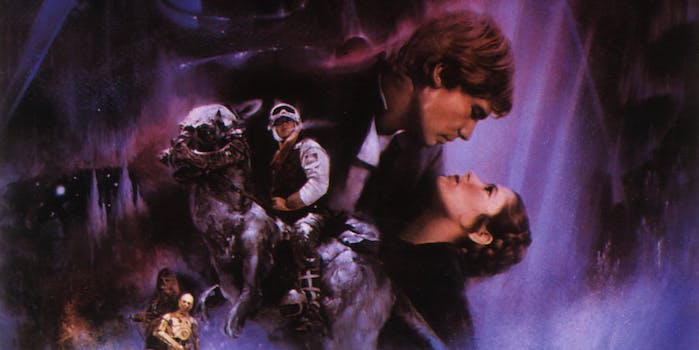 Movie trailers follow such recognizable formulas that there is an entire comedy movie about the voice actors who record those “In a world…” voiceovers. Similarly, it’s easy to recognize current trends in trailer-making. One year, every sci-fi thriller uses the Inception noise, while the next it’s all about creepy cover versions of Disney songs.

This fan-made trailer for The Empire Strikes Back is an incredibly accurate depiction of how the movie would be promoted if it came out today. There are ominous clips of dialogue, an uninformative but appealing focus on those Star Wars visuals, and a tension-building soundtrack. Romantic movies and dramas tend to concentrate on their characters, while sci-fi and action blockbusters prioritize the epic importance of their world and story.

It’s interesting to compare this to one of the original Star Wars trailers from 1980, which feature a radio announcer-ish voiceover explaining what’s going on. It definitely feels a lot more childish (not surprising, since Star Wars is definitely aimed at family viewers) and concentrates more on action sequences and explosions.

Both trailers are effective in their own ways, although the original one would come across as a retro pastiche to modern audiences. It will be interesting to see what they focus on when promoting the upcoming Star Wars: The Force Awakens. Since it’s directed and co-written by J.J. Abrams, we can probably expect some kind of homage to Spielbergian Hollywood classics—and possibly some lens flare.