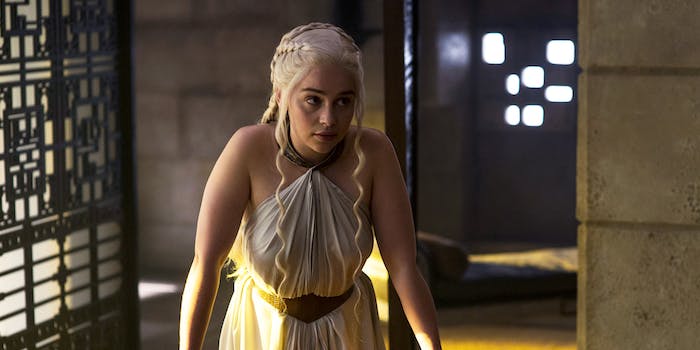 Even after seven seasons of Game of Thrones, people are still shocked to discover Emilia Clarke is brunette. Yes, Daenerys Targaryen’s luxuriant blonde hair is a wig. But is that going to change for the final season?

According to a new Instagram post, Clarke may have ditched her wig in favor of a dye job. With a nod to the creators of her “Khaleesi wig,” she posted a photo of herself with newly platinum blonde hair. For those who aren’t well-versed in the art of haircare, there’s a reason why she didn’t do this from season 1. This kind of intense bleaching seriously fries your hair, risking long-term damage if you keep doing it.

Of course, her natural hair is pretty short, so maybe she’ll sport some extensions as well. But Daenerys could get a drastic haircut in season 8, who knows?