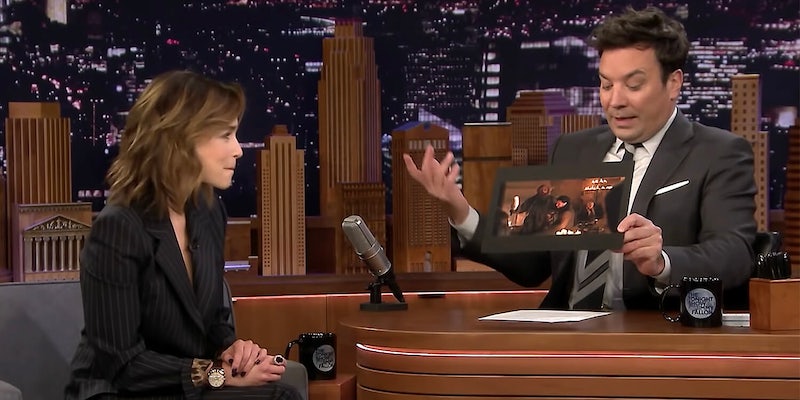 She found out what (probably) happened at a pre-Emmys party.

The strange and slightly amusing saga of the renegade coffee cup on Game of Thrones was brief on-screen, but several months after its one and only appearance, we might finally know which actor is behind it.

A few months back, Sophie Turner alleged that the cup belonged to Emilia Clarke. At the time, it made sense: Clarke, in-character as Daenerys Targaryen, is visible in the scene with the coffee cup and within reaching-distance of it. Even before Turner spoke about it, HBO joked in a statement that the coffee cup was there because someone had gotten Dany’s order wrong.

But now, if you ask Clarke, she has a much different story behind the cup. It wasn’t her—but instead Conleth Hill (Varys), who revealed that the infamous coffee cup belonged to him at a party prior to the Emmys.

“It was his!” she said. “It was Conleth’s coffee cup! He said so. He was like ‘I think it was, I’m sorry darling, I didn’t want to say anything because it seems the heat was very much on you.’ I was like, what?!”

Granted, Clarke added, Hill might have been drunk when he admitted that to her, but until she learns otherwise, she’s taking his word as gospel.