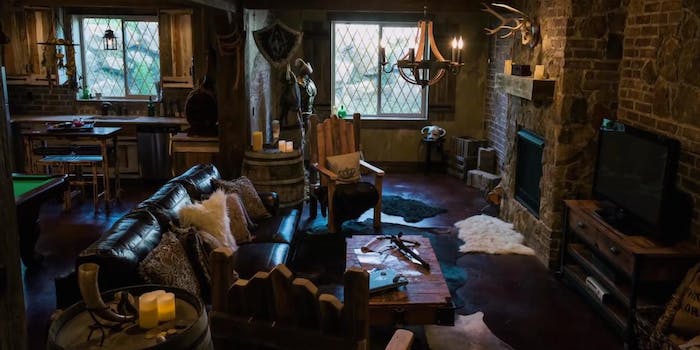 This basement will make you feel like you're in Tamriel.

One look at Tyler Kirkham’s basement will make any Elder Scrolls fan envious. Kirkham is such a huge fan of the series that he spent $50,000 creating a stunning Elder Scrolls-themed setup.

Kirkham, a comic book artist, created the basement in 2012 and has been adding to it ever since. The basement includes many details that gamers will appreciate, including a waterfall, a secret passageway, alchemy and training areas, and a waypoint mark above the entryway.

Kirkham appeared on the YouTube channel Barcroft TV to discuss the design and construction process.

It sounds like there’s no stopping Kirkham from continuing to update this amazing space, especially with the recent release of Elder Scrolls Online for video-game consoles.