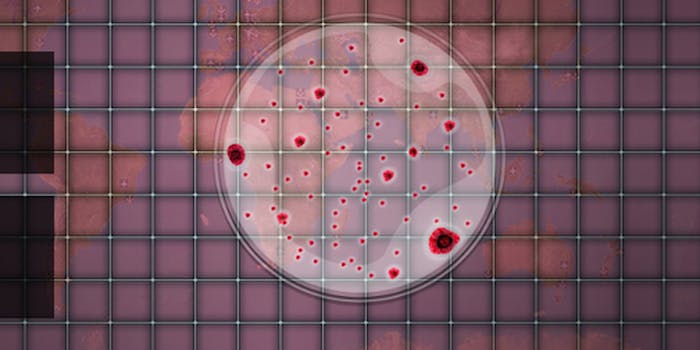 This creepy video game lets you start an Ebola plague in the U.S.

This hits a little too close to home for comfort.

The first confirmed case of Ebola has been diagnosed in the United States. People are freaking out on Twitter like it’s the end of the world, even as the CDC press conference prattles on about containment and remains calm. As they should, it’s their job. But what immediately came to mind—some might say callously—is the mobile game Plague INC.

On top of being a damn good game in it’s own right, Plague INC. offers up a strikingly accurate comparison to what’s going on in the news right now. In Plague INC. you take on the role of a deadly bacteria, virus, or some other nasty disease and the goal is to set out to effectively infect and kill off all of humanity by modifying the plague DNA to varying levels of infectivity and deadliness.

So yeah, that’s a little bit creepy on a few levels. Also:

Ugh. A little too close for comfort.


MORE FROM PIXABLE:
Photographer captures the spirit of the Hong Kong pro-democracy protests

I’d play the game out to see how quickly I could wipe everybody out, but the timing of it makes me feel a little gross. This is one of those times where it would probably be more fun to play as humanity trying to snuff it out. Though I’m imagining clueless doctors in oversized glasses wearing lab coats at the CDC frantically downloading the app and playing it through to stay one step ahead.

If only wiping out a nasty disease was as easy as learning from a video game.