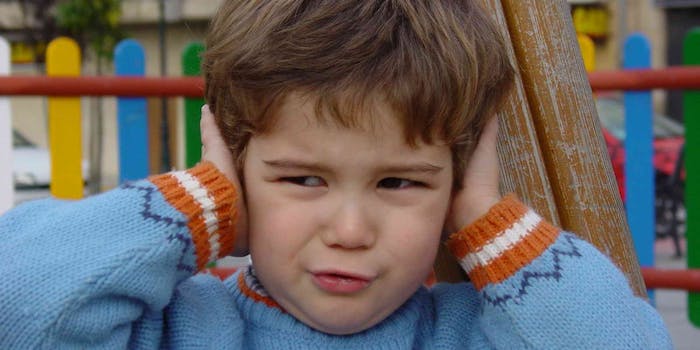 Because it’s so sticky, amirite?

If you happen to have Europe’s “The Final Countdown” stuck in your head—like you do now because you just thought of it—try chewing gum to get the song unstuck, says science.

Go ahead and grab a piece while you listen.

Research published this month in the Quarterly Journal of Experimental Psychology suggests that chewing gum may essentially block you from thinking about what scientists call an “earworm” or a piece of music stuck in your head.

The researchers heard of an anecdote from one woman who insisted that chewing on a cinnamon stick would do the trick to evaporate the song from her mind. So they decided to put it to the test in three experiments. First they got “Play Hard” by David Guetta featuring Ne-Yo and Akon stuck in the heads of 10 willing undergraduate students. They had half chew gum for a few minutes afterward and the other half do nothing. Anytime the students thought of the song, they let the researchers know. The group chewing the gum thought of the song fewer times than the group doing nothing.

In the second experiment, they did the same thing with a different group of students but had them indicate anytime they specifically thought of the song, and anytime they just “heard” it in their mind. Still, the gum-chewing group had a lot less mental intrusion from the song than the non-gum chewing group.

Lastly, they tried the same experiment but with a third group of students that tapped their fingers on the table instead of chewing gum and those people did not fare much better than those who did nothing.

Of course it’s important to remember that all of these tests were carried out in a spectacularly small sample size. It’s also hard to do cognitive tests such as these because it’s usually obvious what the researchers are testing for, so the test subjects may unconsciously attempt to give the researchers what they want. It will take more experiments to confirm this effect.

That said, chewing gum to get a song out of your head can’t hurt, and apparently it might help.