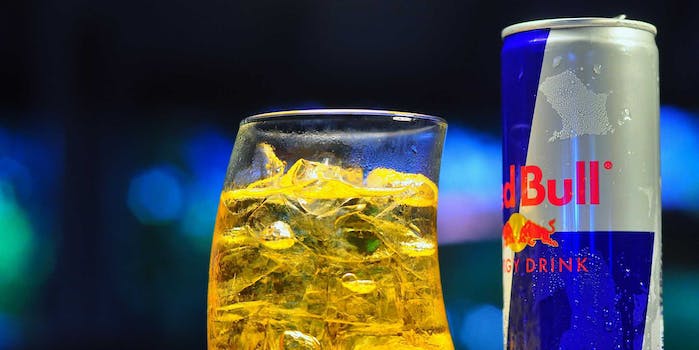 In a classic case of When Advertising Goes Too Far, the video game Destiny now includes a Red Bull mini-quest in its new expansion pack, The Taken King.

Along with the Red Bull quest, gamers can also get a one-time power boost in The Taken King by using a promo code found on Red Bull cans. So, the more Red Bull you buy in real life, the stronger you are in the game. How… fun?

Since The Taken King expansion pack already costs $40 on its own, Destiny fans were not wild about this marketing ploy. However, the best response definitely came from the developers of the zombie survival game Dying Light.

Dying Light‘s developers created a parody ad promoting… a glass of water. They even promise a free in-game weapon to anyone who posts a photo of themselves drinking water under the hashtag #DrinkRightDyingLight.

All in all, the water promotion sounds like a better offer.