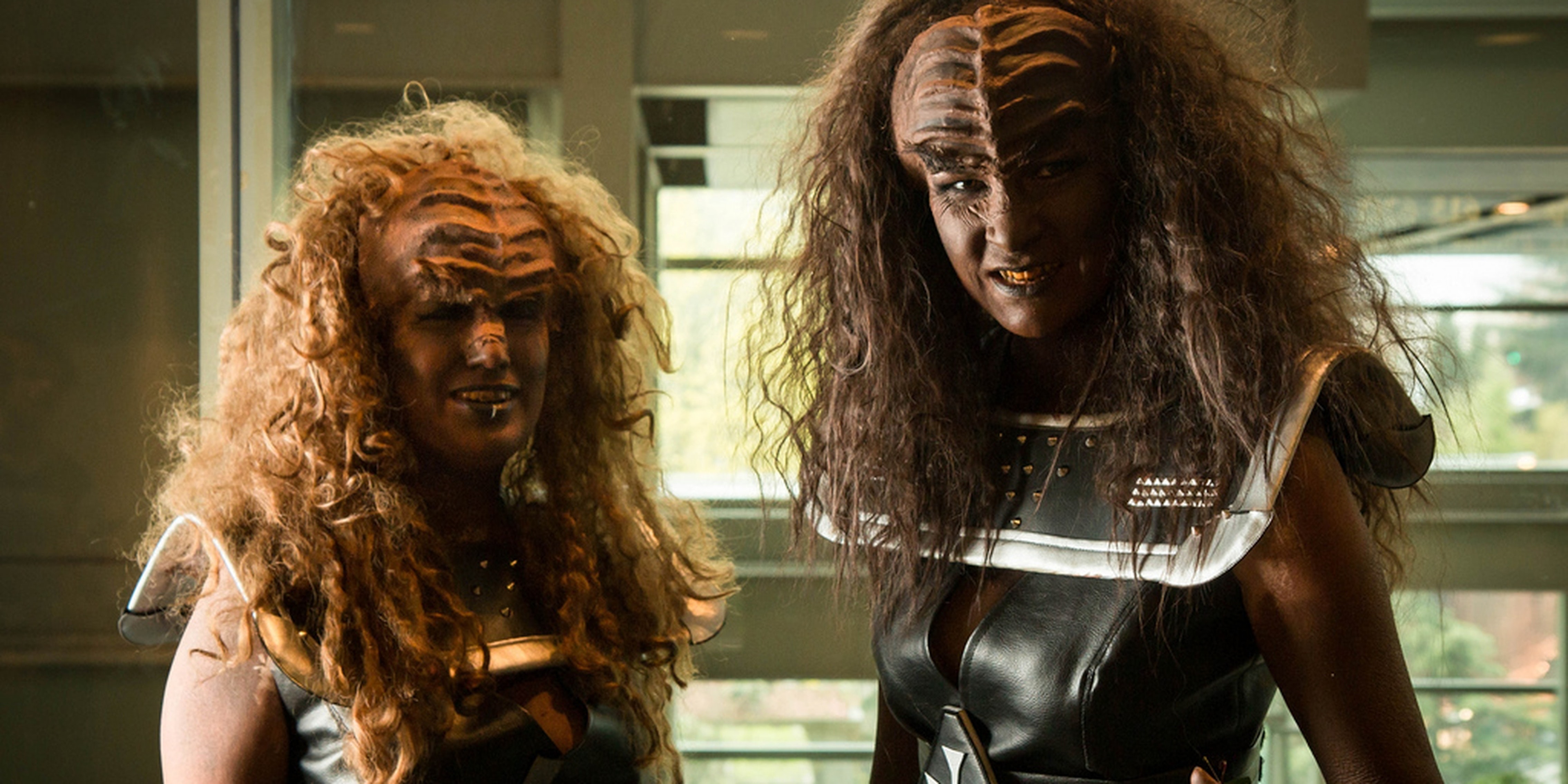 You can't learn Japanese or Mandarin, but you can learn to talk to aliens.

Duolingo, a small but popular website that lets people learn languages at their own pace, is helping Star Trek fans everywhere by adding Klingon to its language database.

Humans, rejoice! You’ll soon be 1 warp closer to Kronos. Get notified as soon as it's ready: https://t.co/lpMJNdk5kK pic.twitter.com/XC0tmV4JWL

Though it’s often used as the punchline to a geek-shaming joke, Klingon—the language of a venerable race of Star Trek aliens—is a real language created by a real linguist. It comes with its own complex linguistic rules and is even overseen by a language institute.

Not everyone is happy that the popular language-learning site is adding Klingon before other, more practical languages.

So far, all 10 of the languages available to English-speakers are European languages. Many other non-European languages are in what’s known as the “incubator” stage, only one—Vietnamese—is close to being added; it’s in the “hatching” stage, but its coursework is only 30 percent complete.

@duolingo If you can do Klingon (which I love), when will we get Hebrew and Arabic?

@duolingo What, and still no Latin? Seriously?

@duolingo This is fucking dumb. Put your effort into real languages. What next, Elvish? Where's the Greek?

Ironically, it’s the “garbage nerd shit” that allows sites like Duolingo to function in the first place. The site’s languages go through a rigorous compilation, testing, and beta process, which usually requires a group of committed, experienced volunteers. But Duolingo’s Klingon course was built entirely by one volunteer, B.J. Felix Malmenbeck, who, despite the backlash, has gained a following of grateful Trekkies and language lovers.

In response to the outpouring of support, Malmenbeck commented:

I’m hoping it will make the Klingon-speaking community larger and more diverse :) Also, I hope that even if not many people learn the language fluently because of this course, they will at least have a lot of fun with it and perhaps feel even more motivated to continue with other languages.

In other words: Live long and conjugate.

Photo via davidhogue/Flickr(CC BY SA 2.0)