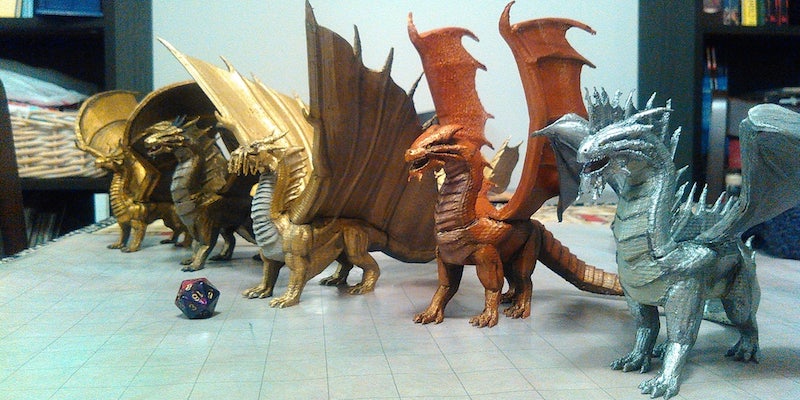 The attention to detail in these models is truly amazing.

His other lifelong passion is Dungeons & Dragons, and now he has designed and built a massive 3D-printed army of fantastic beasts to share with the world.

Over the last 18 months, Zavala built a staggering number of replica dragons from the official D&D Monster Manual—all of them, in fact. 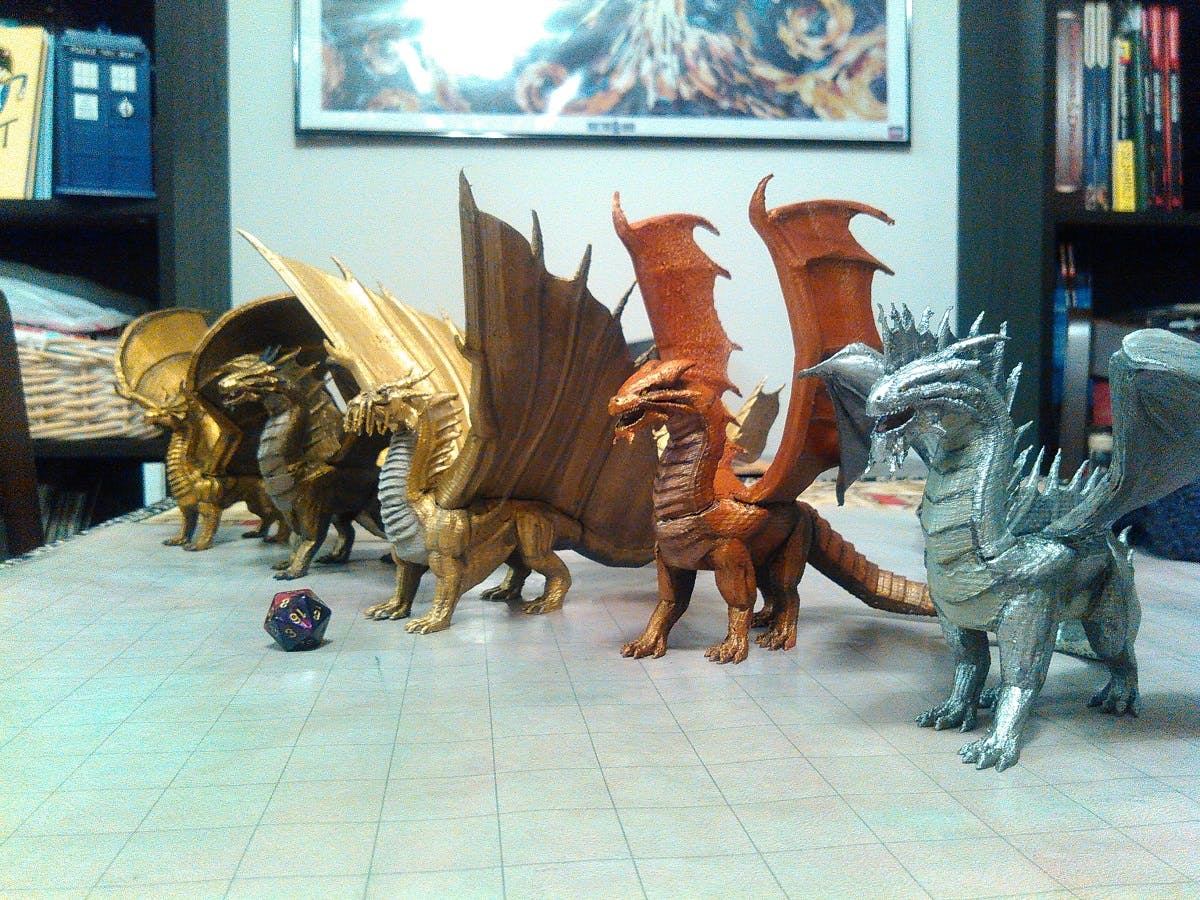 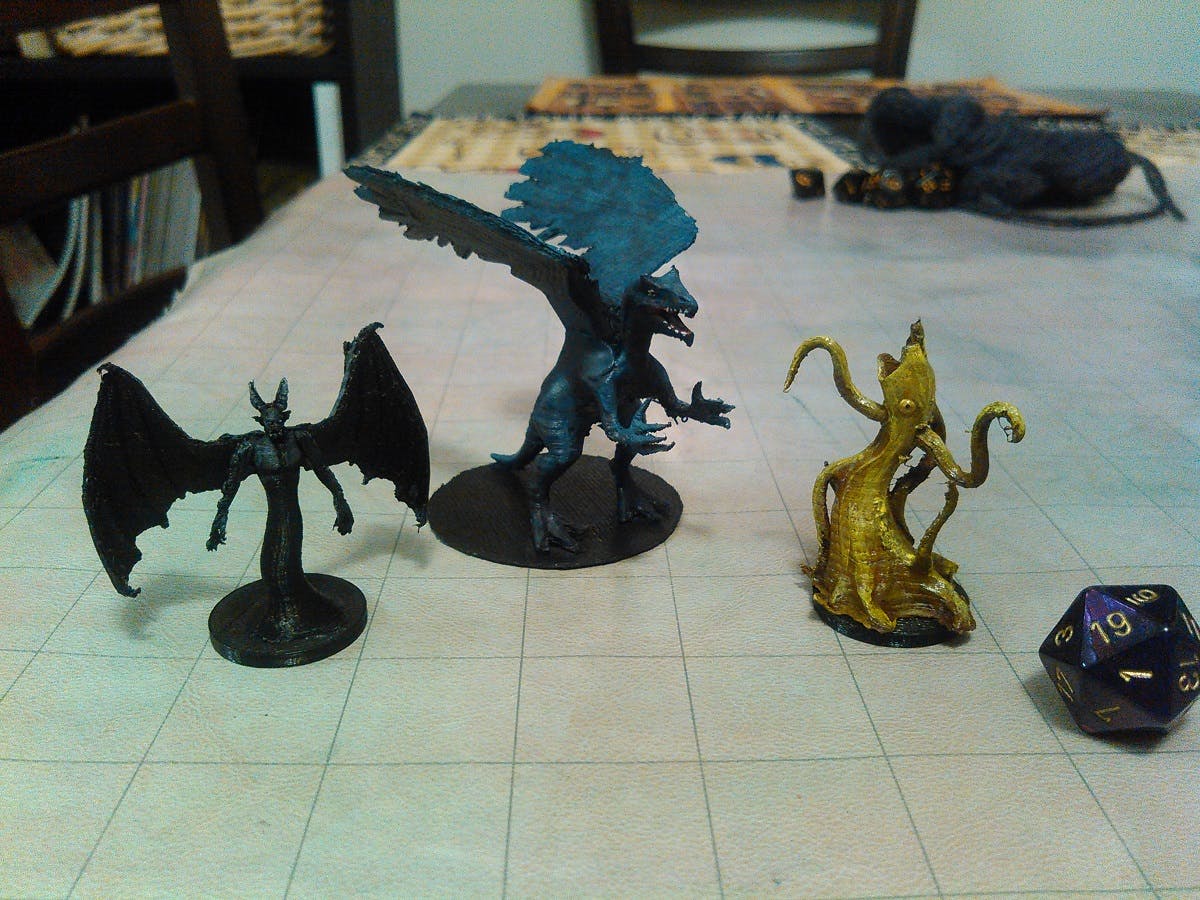 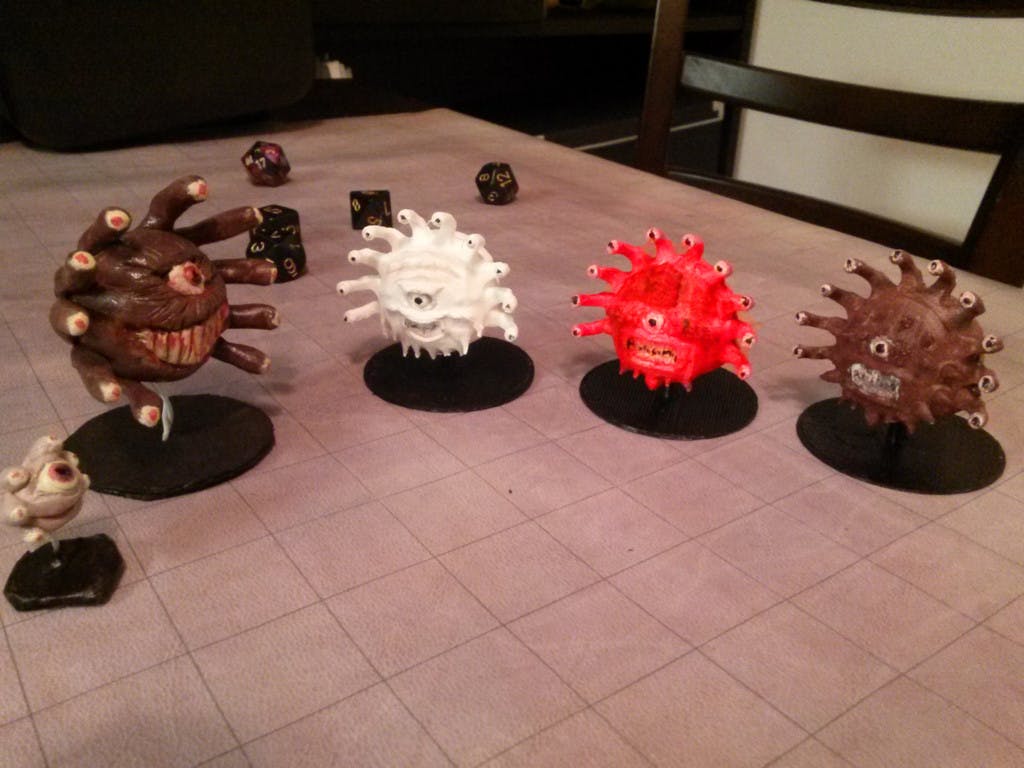 Zavala, who has served in the Army and the National Guard for 16 years, told the Daily Dot in an email that his love of the roleplaying game has been one of the mainstays of his life since he was a teen.

While service to my country has always been my primary passion, I’ve been a massive nerd since I was a teenager and have played D&D since I was 17. I played in college while getting an art degree in 3D animation. I played while being deployed overseas. I’m playing now.

In 2014, when Zavala was seeking a single model for the game, his fiancée urged him to dust off his art degree and make his own. After she told him all about the potential of 3D printing, he started designing and printing anything and everything he could think of—eventually churning out the entirety of the iconic Monster Manual. He explained:

“My first model was a black dragon, which was posted on that big post I made today. It was really well received on Reddit by the D&D subreddit r/DnD. I got a lot of positive feedback and decided to go further. So I made another dragon. Then another. Then the Tarrasque. Then I thought, ‘Heck why not make the whole Monster Manual?’ And it went from there.

When I had off time from work, my social life, or my Army service, I got behind my computer and modeled away all of 2015. I created every possible monster I thought would make a good print. I eventually got my own 3D printer, which is an amazing Printrbot Simple Metal. I went ahead and printed the whole book from A to Z and every week or so I would post a letter chapter on r/DnD.”

Over the last year and a half, Zavala gave Reddit’s r/dnd subreddit weekly progress reports. On Tuesday, he finally posted a mammoth gallery featuring nearly 200 photos of the completed project—along with free downloadable blueprints of the collection on the 3D modeling design community Shapeways. “It’s been a really fun ride and I’m just happy [D&D publisher] Wizards of the Coast is ok with me posting these on Shapeways,” he said.

Zavala currently serves as the captain of a weapons company with the Virginia Army National Guard. He told the Daily Dot that while he may be finished with the Monster Manual, he is not finished with 3D modeling. “My friends still have lots of requests for neat things to add to our current D&D game (going on two years now) and I have other D&D books to delve into,” he explained. “Plus, I get lots of request on Reddit for custom characters and monsters.”