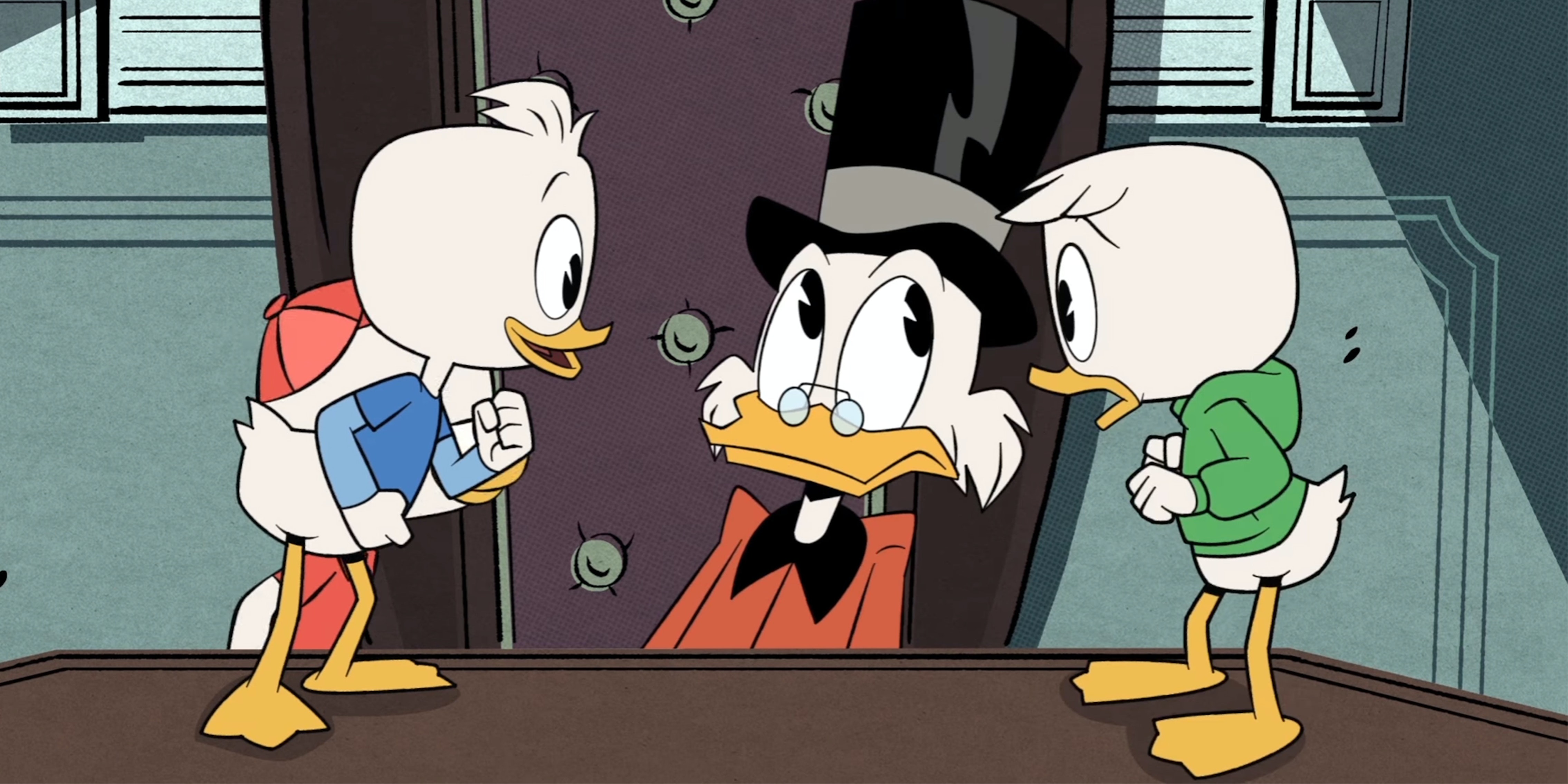 Our first look at the new series from Disney, which is tentatively set to premiere this summer, captures the essence of the original and promises plenty of adventure and hijinks for Huey, Dewey, and Louie (Danny Pudi, Ben Schwartz, and Bobby Moynihan respectively) while Scrooge McDuck (David Tennant) is getting back into business.

And although we don’t see Scrooge McDuck dive into his pool of gold, it’s all there for whenever he does.

DuckTales has yet to premiere but Disney has already greenlit the series for a second season. Until then, we’re all sure to have the theme song stuck in our head. It’s a duck blur.