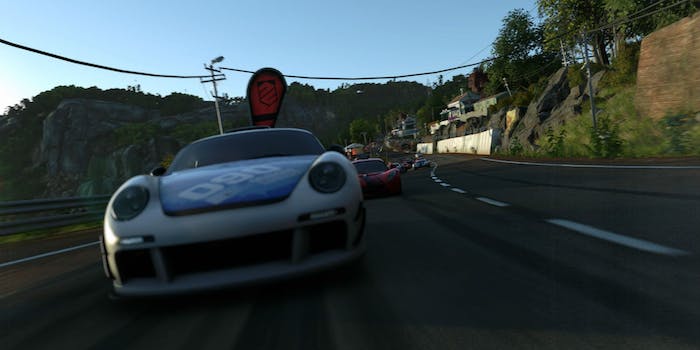 Gamers may be compensated for DriveClub’s server issues

Imagine paying $60 to join an exclusive club. When you show up the night the club is supposed to open, and you’re ready to party, the doors are nailed shut.

Imagine paying $60 to join an exclusive club. When you show up the night the club is supposed to open, and you’re ready to party, the doors are nailed shut. You might want a refund.

Sony’s new racing game DriveClub is no-frills as far as the actual driving is concerned. The long-term appeal of the game is a core design built around players getting together online to form six-person clubs, and then completing challenges to try and best other clubs. That only works if the servers work, however, and so far, they’re not.

On Oct. 8, one day after the game was released, developer Evolution Studios announced that the DriveClub servers were operating on a one in, one out basis. Once a player was able to connect to the servers they would have a smooth experience, and when they logged out, someone else could take their place.

Not many people could actually get online, however, so the queue to take someone else’s place was ostensibly very, very long. These server issues also delayed the release of the free version of DriveClub that was meant to be offered on Sony’s PlayStation Plus subscription service.

Evolution Studios has been posting on their Facebook page since Oct. 9 about diagnostic testing and server updates. As of yesterday things had not gotten better for DriveClub fans, which is prompting some of them to start inquiring after refunds.

According to Paul Rustchynsky, DriveClub’s Game Director, compensation is definitely one of the options on the table.

@pauldshelley We’re considering all of our options right now.

Other than not being able to play online, players have had their clubs temporarily disabled, and have also had trouble downloading the bonus cars they were meant to be awarded for pre-ordering the game.

According to Rustchynsky, Evolution Studios did conduct performance tests prior to the launch of DriveClub, and was confident in the servers. The problem apparently has nothing to do with the servers themselves, but with the game’s netcode—which will sound awfully familiar to anyone who’s played a Battlefield game in the last five years.