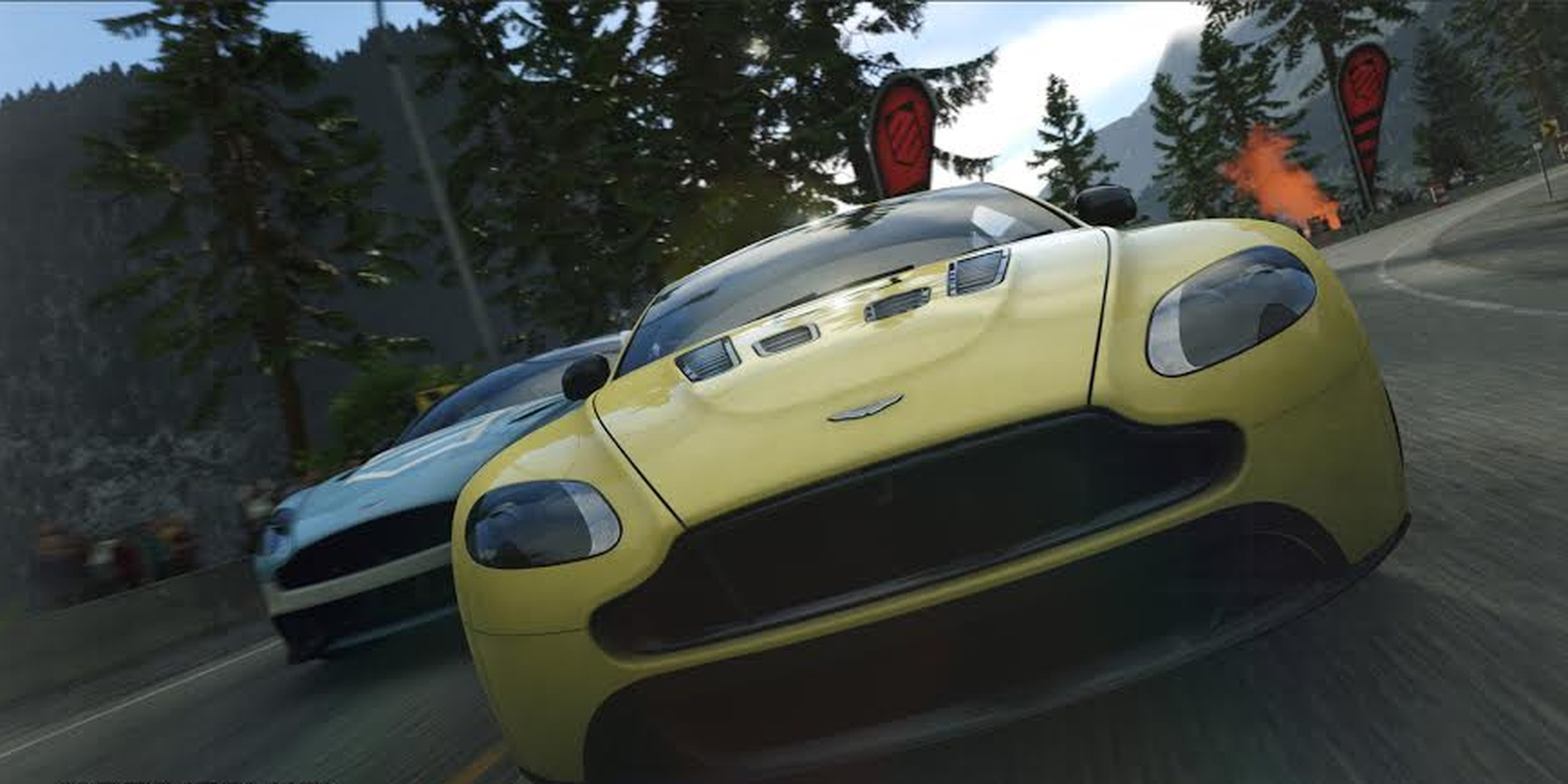 No-frills Driveclub sticks to the essentials

Evolution Studios' Playstation 4 exclusive gets right to the point.

I appreciate the directness of the Driveclub title. You know exactly what you’re getting: a racing game with a strong social element. It’s the kind of title that could apply to a Facebook group for car enthusiasts, but instead it’s a PlayStation 4 exclusive by Evolution Studios, a developer with lots of racing game experience.

The lack of introductory fanfare when you start Driveclub is a pendulum-swing contrast to the high-production campaigns of Forza Horizon and Dirt. Those games excel in summer festival-infused fantasies where your goal is to reach the apex of popularity and VIP status. It’s all about getting the next wristband or flashy badge on a lanyard.

Driveclub has very little of that. It wants you to race as soon as possible and as much as possible. The only attempts at flair are in the stylized icons in the game’s Tour mode menus.

For the goal-oriented single player, each competition in the Tour has a list of three objectives: Complete a race within a specific time frame, pull off a flawless drift, and place in the Top 3. They’re all achievable, given enough time, patience, and dedication. This sense of simplicity is pervasive in Driveclub, right down to the limited options customizing one’s driving experience. Though this is a Sony-published racer, the lack of simulation-style controls ensures it’s not in conflict with Gran Turismo.

The weightiness to the majority of the cars provides a welcome feeling of connection to the ground. Such sensations are less tangible in the other two major racing games out during the 2014 holiday season. There’s a forgiving looseness to Forza Horizon 2, which lets you take exotic sports cars on off-road paths. The lack of road grip I noticed during several hours of hands-on time with The Crew just makes Driveclub all the more attractive by comparison.

Pre-made objectives in Driveclub are complemented by limitless opportunities to best your friends and strangers in asynchronous and online challenges. Whether it’s getting a faster time or besting someone at turning a corner, it’s not unusual to confront three or four throwdowns in a given solo race.

What results is a case of a game’s strength being its weakness as well. It’s commendable that Driveclub would have a layered sense of competition, from the Tour objectives, to the in-game social time challenges, to the traditional leaderboards. The stars you earn from completing Tour objectives feel tangible because they are goals you earn under the game’s campaign mode. It’s the challenges from friends and strangers that misfire. The sheer abundance of dares—both in-game and in Driveclub’s dedicated Challenges section—are so plentiful, it dilutes the incentive to take on these tests on a regular basis. You would need to have godlike skills and intimate knowledge of every curve on every track to even have a chance at beating all these trials. Trying to juggle all these challenges in a given race can be distracting. After about an hour with Driveclub, I learned to let go of the social dares and just focused on the Tour challenges curated by the studio, which in itself allowed me to beat many tests made by my friends in the process.

For all the panache that is lacking in Driveclub, Evolution Studios still manages to showcase its talent for well-designed environments with each of locale and the various track layouts in each country. As someone who appreciates solitude, Driveclub is an effective tourism platform for the expansive and normally serene highlands of Scotland. Even if the pre-race camera fly-bys of the panoramic environments reveal a modest level of detail, the picturesque art direction more than makes up for it. It’s one thing for an experienced developer to adeptly select locations throughout the world. The art department of Evolution Studios transcends to another level by setting these races at unusual times of day. Growing up with Sega’s Out Run made me believe that there’s nothing better than a bright, cloud-free blue sky. I still believe that, but it would never occur to me that a race in snow-covered Norway that started at dusk and ended well into the night would still retain some compelling ambient charm.

If you’re willing to take a chance on Driveclub, it rewards you with its all-business design and impressively brief loading times. From a content perspective, it lands smack dab between “bare bones” and “feature-packed,” with just enough content that it can’t be classified as a glorified starter pack. It’s a racing game with just the essentials plus added social incentives that let you compete at your own pace, as long as you’re not the compulsive type who needs to win every challenge.

While Sony hasn’t announced post-release plans for Driveclub beyond the next eight months of DLC releases, the game has enough of a solid foundation to support a wealth of expansions throughout the lifecycle of the PlayStation 4.