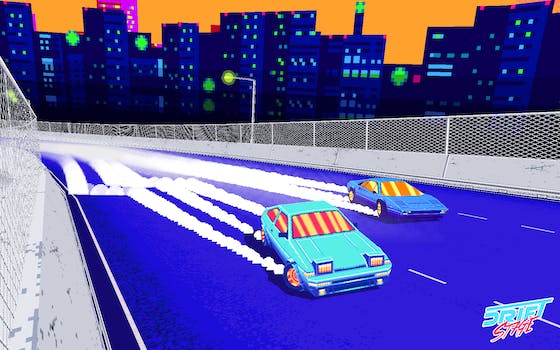 Its Kickstarter campaign was funded in just five days.

A new game has just surpassed its $30,000 goal in five days on Kickstarter, and we’re just as excited to get our hands on it.

Drift Stage is a new drift racing game that pays homage to classic arcade racers from the 90s. The art style is what’s so striking. The pixel art married with 3D models feels like something straight out of a PS1 game. Juxtaposing the art with a buttery smooth 60 frames per second, it really is a perfect mix of old and new.

Drift Stage pulls inspiration from games like Daytona USA, Outrun 2, and Ridge Racer. The team hopes to make a game that’s both accessible for casual players while having enough depth for hardcore racing fans.

There are tons of indie development studios building excellent pixel art games reminiscent of the NES and SNES. Until now, we haven’t seen someone tackle early 3D graphics. PS1 and Sega Saturn graphics were a bit archaic when they moved into 3D. Objects looked incredibly jaggy and polygons would jitter. Drift Stage takes that same style, but updates it for todays technology. The results are psychedelic and beautiful.

A release date has not been set, but the game will hit PC and Mac first, and hopefully console and mobile at a later date. You can download a demo of the game here.