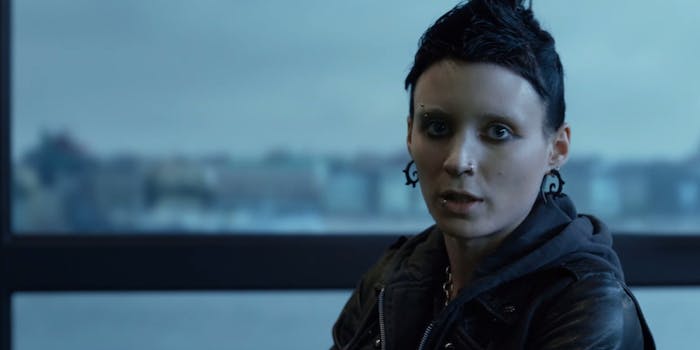 Fans uncertain about new author for ‘Girl with a Dragon Tattoo’

Is it really a good idea to hire a new author to finish a series by someone who died 10 years ago?

Author Stieg Larsson died before he could see his Girl with the Dragon Tattoo series become a worldwide publishing phenomenon. The Lisbeth Salander novels, also known as the Millennium trilogy, became bestsellers in multiple languages and were adapted into films in Sweden and the U.S., but Larsson’s untimely death meant the fourth installment was never finished. Now, his publishers have hired a new author to continue the series.

The fourth Lisbeth Salander book has always been somewhat controversial among Larsson’s readers. The manuscript was never completed, and remained on a laptop inherited by Larsson’s partner of 30 years, Eva Gabrielsson. While the publishing rights belong to Larsson’s blood relatives, Gabrielsson did not want to hand over the laptop or see her partner’s work be published in an unfinished state.

This year, a fourth Lisbeth Salander novel will be released by Larsson’s Swedish publisher Norstedts. However, it looks like it won’t be related to that unfinished manuscript on Larsson’s old laptop. Instead, That Which Does Not Kill was written by David Lagercrantz, who previously co-authored the autobiography of Swedish soccer player Zlatan Ibrahimovic. Essentially, he was hired to write an official work of Millennium trilogy fanfiction, which is inspiring mixed reactions among fans of the original novels.

WHAT IF IT DOESN'T MATCH UP TO STIEG LARSSON'S WORK.

how are you going to write a sequel to someone else’s book? I’m still going to read it though. https://t.co/h5to6SM6SG

We wouldn’t be surprised if Larsson’s publishers try to downplay the idea of replacing Larsson in his own book series—especially in Sweden, where the long-running legal conflict between Eva Gabrielsson and the Larsson family has been a matter of public debate. Are Larsson’s publishers (and presumably his family) just profiting from the Lisbeth Salander brand, or are they honoring the author’s memory by continuing the series?

Muddying the waters even further, the main reason why Eva Gabrielsson didn’t inherit Larsson’s publishing rights was because they never married, and there were practical reasons for that. Swedish law requires couples to publish their address when they get married, and Larsson’s work as a political journalist meant he and Gabrielsson would be in danger if their location was made public. The couple maintained an extreme level of privacy for security purposes, but this meant Gabrielsson had no control over Larsson’s estate when he passed away in 2004. So while That Which Does Not Kill is destined be a bestseller, it seems likely that it was published without Gabrielsson’s approval.

Photo via The Girl with the Dragon Tattoo/YouTube