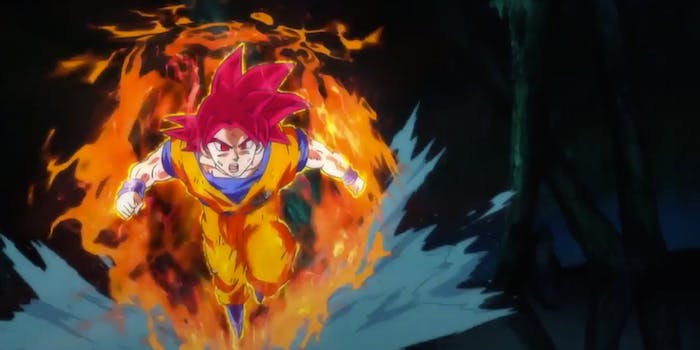 They both go Super Saiyan.

Never has watching two voice actors grunt and fight been so much fun.

As promotion for the release of Dragon Ball Z: Battle of Gods on DVD and Blu-Ray, FUNimation put out a clip showing just what it looks like when two voice actors record a huge fight scene between Goku and Beerus. The fight itself is intense, but there’s an extra layer of unintended humor after seeing voice actors Sean Schemmel and Jason Douglas vocally duke it out.

Ever the professionals, they got into it much more than we probably pictured them ever doing, and it’s apparent they’re having a blast. Their voices may be shot by the end, but they probably couldn’t have done anything more enthusiastically. Rather than ruin the illusion of animation, it’s vastly improved.