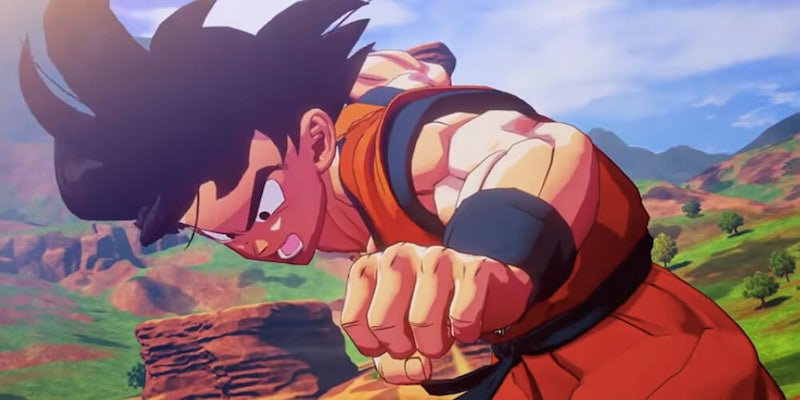 Funimation, the company that provides dubbing services for the popular franchise Dragon Ball Z, made headlines this week after a series of leaked audio recordings allegedly reveal voice actors from the show saying some truly horrifying things.

In one recording, Goku just starts yelling “f*gg*t” over and over again. In several others, characters enact rape and graphic sex scenes.

Fans of the show expressed their outrage over the content released. “As a queer lover of anime I’m incredibly disappointed in them,” one Twitter user wrote.

#FunimationExposed
After hearing those audio leaks from #Funimation, I'm going to stick to the Japanese Dub for a while.

Of course, other fans insist that the recordings are all in good fun and that people are taking it too seriously.

“I don’t really see what the problem is,” Chris Ray Gun tweeted, noting that he found the leaks “hysterical.” Another declared that people shouldn’t be upset, because they have most likely “made such jokes among friends” themselves.

Yo, the Funimation leaks are hysterical. I don’t really see what the problem is. People are I guess calling them hypocritical for firing the Broly dude, but from what I’ve read, he actually admitted to more than just jokes. Not seeing much of an argument.

It's been 16 years since those recordings were made, put your fucking crabs away, people. #Funimation

What makes the whole situation more complicated is that the recordings were leaked by Nick Rekieta, a lawyer who previously opened a GoFundMe in support of voice actor Vic Mignogna. Mignogna is engaged in a legal battle with Funimation after the company publicly severed ties with him based on numerous allegations of sexual misconduct.

Some fans who support Mignogna are calling Funimation a hypocrite for firing him while continuing to employ the voice actors in question. And then there are others who insist these are two wildly different considerations.

With #Funimation trending, it's very important that you *DO NOT* mention that Vic Mignogna is a well-documented sexual predator in any tweets w/ the hashtag

Tbh I’ve heard a lot of problematic shit in anime dub outtakes and commentary tracks. While some of it is really shitty, none of this DBZ stuff is news.

No. Vic is a pedophile.

The highly anticipated Dragon Ball Z: Kakarot game was set to include English dubs by some of the voice actors, but now fans are wondering if their roles–or even the English version of the game itself–will now be forfeited.