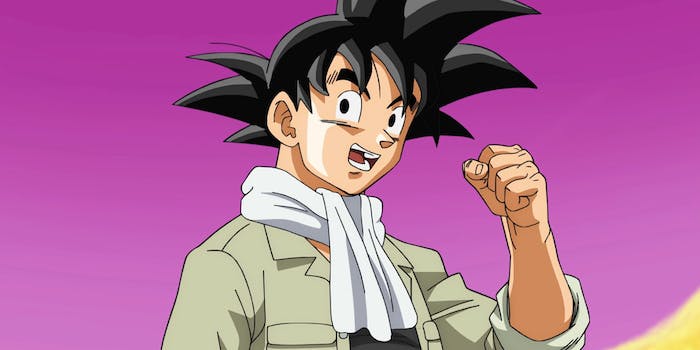 It's not too much longer now.

More than a year after Dragon Ball Super—the first Dragon Ball anime in almost 20 years—made its debut in Japan, U.S. audiences are finally getting a chance to see what happened to Goku and the rest of the gang.

Anime streaming service Crunchyroll announced Monday that the English dubbed version of Dragon Ball Super will air on Adult Swim starting in January thanks to a partnership between Adult Swim and Funimation Entertainment, which produces the Dragon Ball series. The show will join Adult Swim’s Toonami block starting Jan. 7 at 8pm and 11:30pm ET.

“Toonami and the Dragon Ball franchise have a long and storied history together in the U.S.,” Jason DeMarco, Adult Swim senior vice president of on-air, said. “We are thrilled to be premiering ‘Dragon Ball Super’ to our audience and keeping Dragon Ball on Toonami!”

A recent teaser from Funimation reveals a small glimpse into what the series will look like when it’s dubbed into English (featuring the original voice cast), focused mainly on Goku’s ability to eat everything in sight. Some things never change.

You can already watch the subbed 26-episode first season on Funimation’s website, but for those who prefer watching dubbed anime won’t have to wait too much longer.