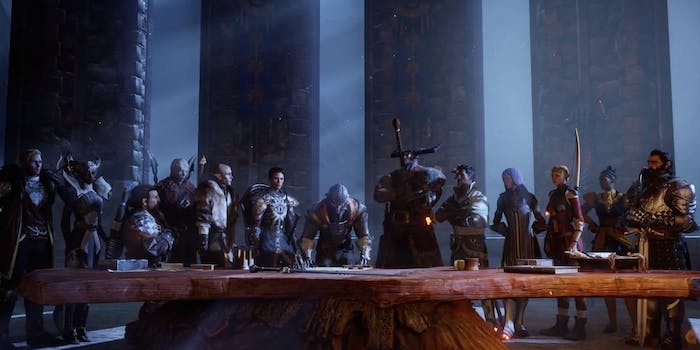 After months of Bioware teasing fans with sneak peeks of their latest addition to the Dragon Age franchise, the game developer has finally set a release date for the long-awaited Dragon Age: Inquisition.

Bioware also shared its first official gameplay trailer, a day after revealing the game’s cover art on Twitter. The trailer gives a visual overview of how amazing the world of Thedas looks in the new Frostbite engine, gives us a glimpse of game combat, and introduces us to some of the characters we’ll meet in the game. We also hear one of the voices that will be available for players to choose for the main character.

The game will be out Oct. 7, so fans eager to see if Bioware combined the best parts of Dragon Age: Origins and Dragon Age II can finally mark their calendars.

Dragon Age: Inquisition will be available on PlayStation 3, Xbox 360, PlayStation 4, Xbox One, and PC.