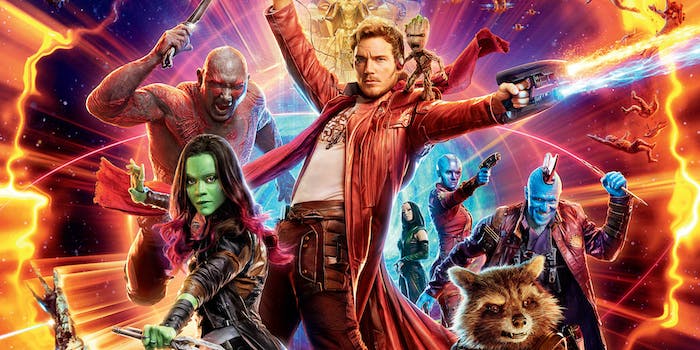 Why you shouldn’t listen to the new ‘Guardians of the Galaxy, Vol. 2’ soundtrack

Don't spoil the movie for yourself, dummy!

The soundtrack for Guardians of the Galaxy, Vol. 2 comes out today, and you definitely shouldn’t listen to it. You shouldn’t even look at the damn tracklisting.

Music was essential to Guardians of the Galaxy’s success. Remove Star-Lord’s mixtape and the colorful visual effects, and what do you have? Just another Marvel action/comedy starring a white guy named Chris, saving the universe from yet another Infinity gem. That sweet soundtrack of 1970s and ’80s pop is what made Guardians memorable, right down to the massive popularity of dancing baby Groot.

So, if you listen to the Vol. 2 soundtrack now, you’re basically spoiling the movie for yourself. You’re ruining a carefully crafted auditory punchline.

Remember the first time you heard “Hooked on a Feeling” in Guardians of the Galaxy? Or the unexpected moment when Iron Man 3 launched into the trashy Europop hit “Blue (Da Ba Dee),” catapulting you into 1999? If you knew those songs were coming, they wouldn’t be nearly as effective. So do yourself a favor, and for the love of Groot, avoid the Vol. 2 soundtrack until after you’ve seen the actual movie.