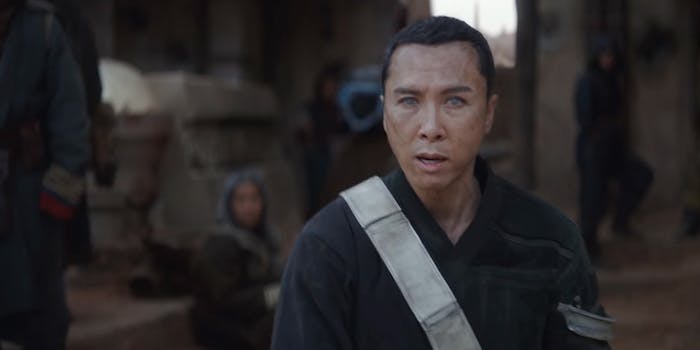 Celebrities put on an impressive display this Halloween, both with their own costumes and how their children dressed up, but one dad really went the extra mile.

Donnie Yen, who plays the blind warrior Chirrut Îmwe in Star Wars: Rogue One, showed off his kids’ Halloween costumes on Instagram. They both would fit right into the galaxy far, far away with some incredibly gorgeous and detailed Star Wars costumes. Yen’s son, James, channeled his father and went as Chirrut, complete with the stick he fights with and his gear.

Yen credits the costume creations to Bullet Films’ costume design team and Disney, which provided the materials used for the costumes. We hope they entered some costume contests, because they’d definitely win big.