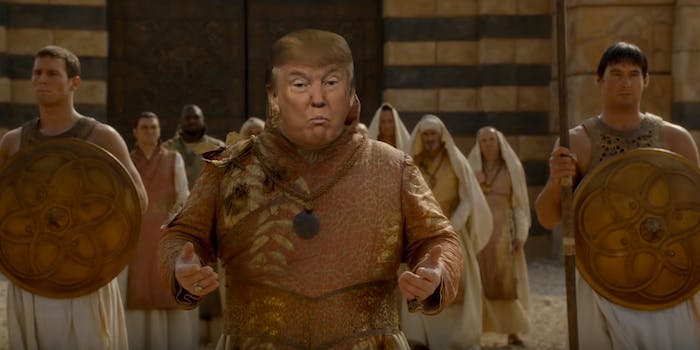 The night is dark and full of Trumps.

Fresh off trying to make America great again, Donald Trump is seeing what he can do with the dark and terror-filled kingdom of Westeros.

The mashup from Huw Parkinson puts Trump in the center of the chaos, and he fits right in with the rest of the men in power. With his sword “Deal-Maker” by his side, he calls for walls to be built and enforced, brags about himself, keeps refugees out of the city, and advocates for the use of torture. All in a days’ work in Westeros.

But here, disobeying orders from the Establishment might cost him more than just stern words from the Republican party.