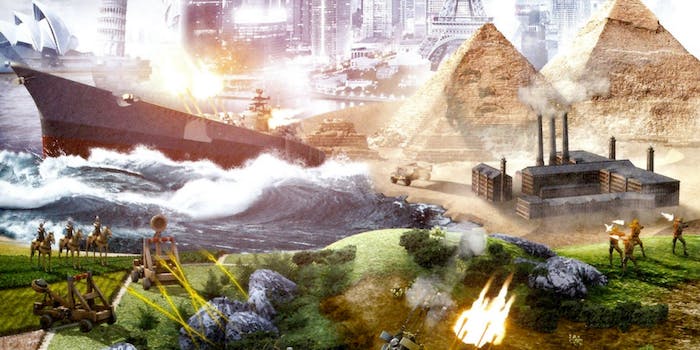 Video games make for wonderful, interactive simulations. What might happen if Donald Trump locks up the Republican nomination and goes on to be president? Now you can find out!

The Donald Trump’s America mod for Civilization V, the latest game in the best-of-class nation-building simulator series adds Trump as one of the world leaders you can select at the beginning of the game. His leader description reads, “I’m Donald Trump, Supreme Dictator of the United States and CEO of Trump Industries. I am not a nice person.” 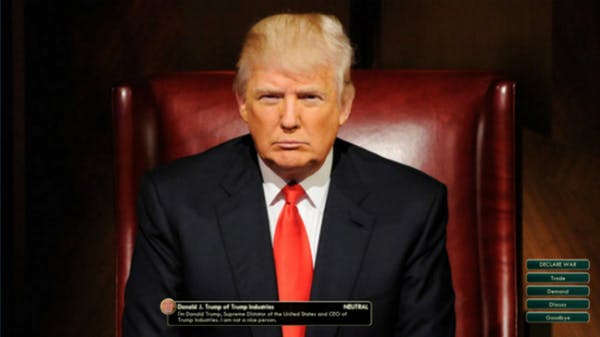 Happiness is a stat in Civilization that measures how satisfied your citizens are. When everything is working well and your Happiness score has been high for many turns in a row, a Golden Age is declared and you receive bonus benefits.

Trump’s UA is called “Make America Great Again.” The first time you achieve a Golden Age with Trump the Golden Age lasts for the rest of the game, but your population gains 100 percent Unhappiness. The more Unhappy your population is the more dysfunctional your civilization becomes, i.e. you earn fewer resources, production queues get halted, etc.

Worker units in Civilization build roads, farms, and other improvements to the land. Your Golden Age as Trump nets you a free “outsourced worker” unit. 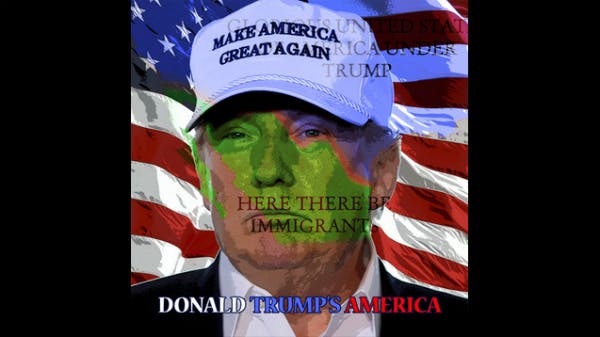 They’re faster and can see farther than regular Infantry, but are weaker in combat. If they earn experience points, they can learn how to take greater benefit from cover. Imagine guys with binoculars who are hiding in the bushes.

The comments section for the mod has gotten pretty animated, including some Trump parodies.

But not everyone was impressed.

The modder who built Donald Trump’s America goes by Ballistic on the Steam forums, writes “This mod is for entertainment purposes. Make of that what you will,” in the Discussion section for the mod. Ballistic’s Steam profile is set to private, so he or she couldn’t be reached for comment via Steam.

You need the Gods & Kings expansion for Civilization V installed before you can download and use the Donald Trump’s America mod. The mod is free.