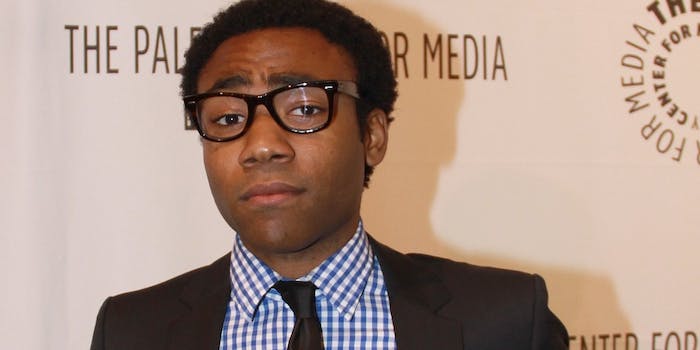 Fans have long been campaigning for Donald Glover to be cast as Spider-Man. But will it finally happen?

Ever since Marvel and Sony announced that they were recasting the role of Spider-Man, the #Donald4Spiderman campaign machine has been firing on all cylinders.

The idea of Donald Glover as Spider-Man first surfaced during his Comedy Central special in 2010. Even before Andrew Garfield was cast, many fans were frustrated with the then-all-white nature of superhero movies, so they began a semi-serious social media campaign for Glover to be considered for the role. In the end, he wasn’t even contacted for an audition, although he did voice the new Spider-Man Miles Morales in an animated show last year.

In a recent interview with Yahoo, Glover appeared to be appreciative and tolerant of the #Donald4Spiderman campaign. The idea of playing Spider-Man would be pretty cool, he said, but he isn’t personally campaigning for it and he doesn’t seem to think it’s likely to happen.

“Of course, I would always be honored to play Spider-Man,” he said. “But I just want the Spider-Man movie to be dope, that’s all I want. I’m leaving it to [the fans]. Campaigning’s part of life, but for me, I’ve got a lot of stuff that I’m really excited about, and dropping it all… of course it’d be an honor. But it’s fine, if it comes, if not.”

In a Daily Beast interview, he said, “It would be cool for them to go with something different. To be real, I’d be honored to play it, but I just want to see the best choice.”

Glover has a higher profile now than he was back in 2010, but he’s also 31 years old. So while Hollywood rumors suggest that Sony and Marvel are considering casting an actor of color as Spider-Man—either as Peter Parker or Miles Morales—Glover is probably too old for the role. The producers are more likely to go with an actor who can pass as a teenager, or at least one who is significantly more youthful than Captain America‘s Chris Evans, who is 33.