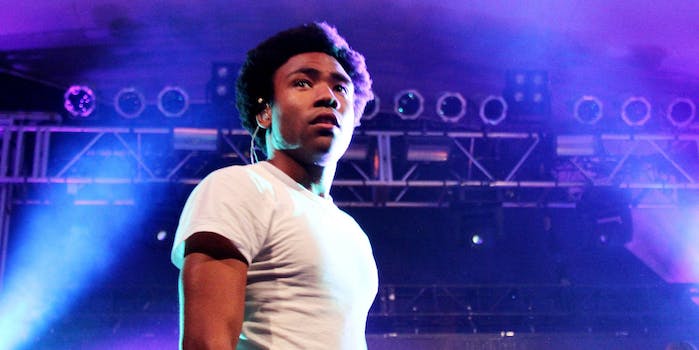 He's not playing Peter Parker, but he's finally going to appear in a live-action Spider-Man movie.

The Community star voiced Miles Morales in a 2014 animated movie, but this week he was cast in Sony and Marvel‘s upcoming Spider-Man: Homecoming, which stars Captain America: Civil War‘s Tom Holland in the lead role.

According to the Hollywood Reporter, Glover’s supporting role is still under wraps. However, we do know a few details of the production so far. The cast also includes Marisa Tomei as Aunt May, Zendaya as the female lead, and Grand Budapest Hotel actor Tony Revolori in one of the other lead roles. Michael Keaton will play the villain, who hasn’t been identified yet.

Taking place during Peter Parker’s high school years, the upcoming reboot is intended as a fresh and youthful new start for the franchise. Again.