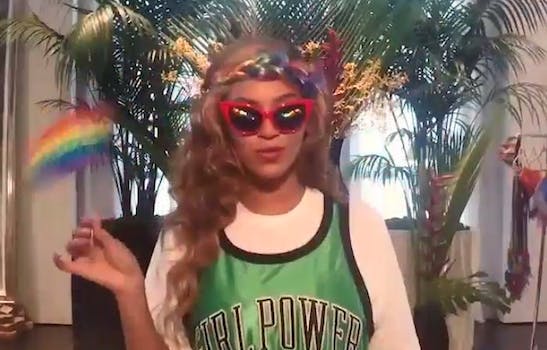 Welcome to an alternate world where Shia LaBeouf starred in every series of 'Doctor Who.'

Every few months, fan theories surface about who should play the next Doctor in Doctor Who. Yet another acclaimed British thespian? Perhaps even a woman? Or maybe… Shia LaBeouf?

Artist Brandon Bird’s incredible Shia LaBeouf/Doctor Who fanart is taking the Internet by storm. Running through each era of the show’s 50-year history, Bird reimagined all 13 Doctors as if they were played by Shia LaBeouf.

First, we begin with elderly and avuncular Shia “William Hartnell” LaBeouf with his droopy bow tie and neat hair. 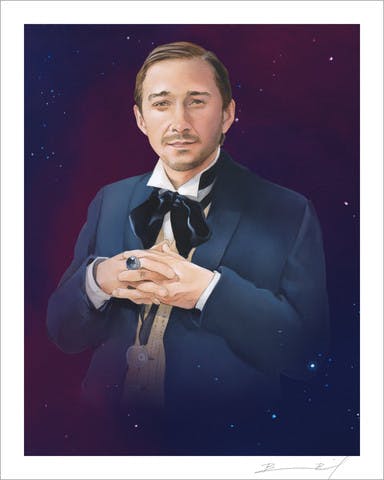 Later on, LaBeouf regenerates into Tom Baker’s Fourth Doctor, with his famous scarf. 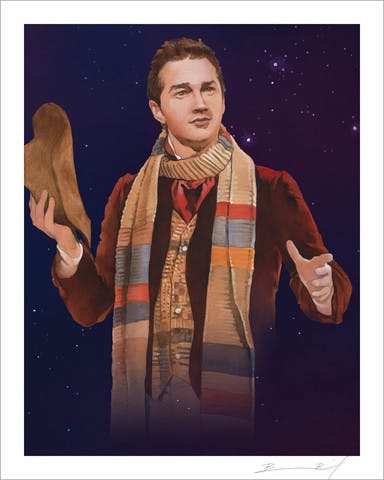 And the most IRL-LaBeouf aesthetic is surely Christopher Eccleston’s Ninth Doctor, sporting a leather jacket and buzz cut. 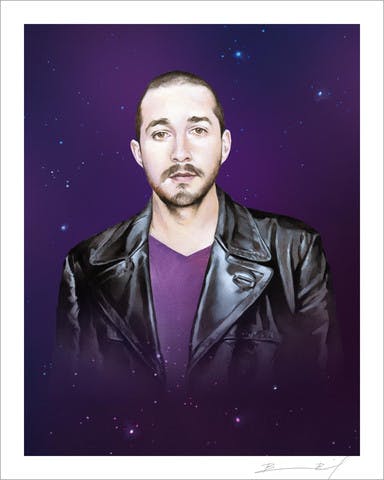 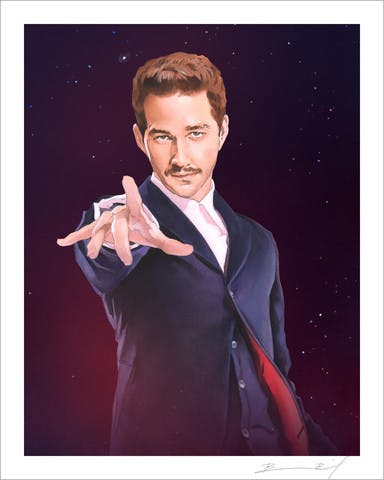 This unexpectedly genius idea was a long time in the making. Back in September 2014, Brandon Bird dreamed it up as a way of satirizing the ridiculous number of Doctor Who mashup fanart collections. Shia LaBeouf was the obvious choice, combining instant pop-culture controversy with total originality. Because let’s face it, no one else was going to produce a LaBeouf/Who crossover.

How angry would people be if I drew Shia LaBeouf dressed as The Doctor.

That settles it, going to do a takeoff of the "every Doctor" poster every artist at a comic con does, but with Shia LaBeouf as each Doctor.

You can buy posters for each individual Shia Doctor over at Bird’s site, along with one combining all 13 illustrations. A perfect way to troll any LaBeouf-hating Whovian in your life.