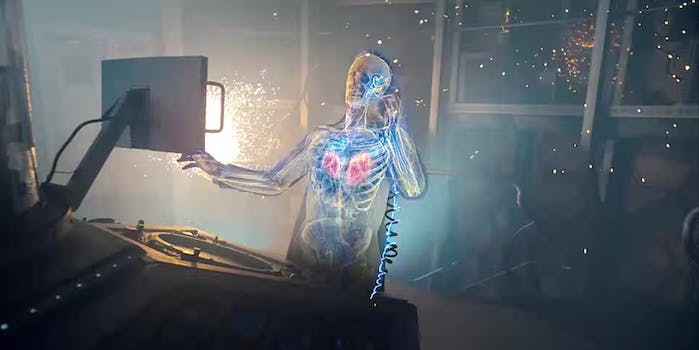 BBC apologizes for leaked ‘Doctor Who’ scripts, asks fans not to share spoilers

Five scripts made their way online more than a month before the first episode is set to air.

Problems are arising on the TARDIS even before liftoff.

BBC Worldwide is apologizing to Doctor Who fans after five scripts from the upcoming eighth season leaked online—more than a month before the show is set to premiere on Aug. 23.

Prior to the leaks, the BBC has only released two teaser trailers to fans.

The leak is believed to have occurred after scripts were sent to the BBC’s new Latin America headquarters in Miami in order for them to be translated. The opening feature-length episode, “Deep Breath,” which was written by showrunner Steven Moffat, is being simulcast globally, sources told Radio Times.

That episode and four other scripts were leaked online, and according to Bleeding Cool, it appeared that video of the first five episodes leaked as well, but it was taken offline before it could be downloaded.

BBC Worldwide has since apologized to Doctor Who fans, the BBC the cast and crew, and it is currently investigating the matter. In a statement, it called for fans to avoid sharing spoilers or anything associated with the leaked scripts so they aren’t ruined for everyone.

“We would like to make a plea to anyone who might have any of this material and spoilers associated with it not to share it with a wider audience so that everyone can enjoy the show as it should be seen when it launches,” the statement read. “We know only too well that Doctor Who fans are the best in the world and we thank them for their help with this and their continued loyalty.”

Some fans will get the opportunity to see “Deep Breath,” the debut of Peter Capaldi as the Twelfth Doctor, at a Cardiff premiere on Aug. 7 before it kicks off a worldwide publicity tour. As it gets closer to the premiere, it will only become more difficult for fans to avoid spoilers.