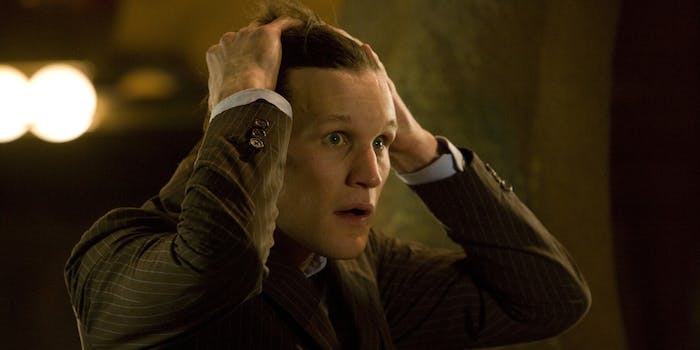 Say goodbye to the Doctor.

Unless the two media companies reach an agreement by the end of January, the BBC is going to pull most of its shows from Netflix.

Doctor Who is, of course, the biggest name on the list—and let’s be honest, plenty of people may cancel their Netflix subscriptions if there’s no more Doctor Who available—but Torchwood, Luther, Blackadder, Red Dwarf, and many other popular British TV shows will also leave the streaming site on Jan. 31.

Netflix changes its TV and movie roster every month, but the sudden departure of these classic BBC dramas will be a serious blow to the service. The only solution is for Netflix to agree to a new deal with the BBC, which has its own competing streaming service, iPlayer. This isn’t the first time we’ve seen last-minute Netflix contract renegotiations take place. Scrubs almost left the service earlier this month before receiving a last-minute renewal. It’s entirely possible that the BBC and Netflix will come to a similarly eleventh-hour agreement before the cutoff date.

If you think this sounds like the ideal time for an online petition, you’d be right. A “Save Doctor Who” petition has already garnered more than 28,000 signatures.

The petition likely won’t make any difference, as its goal is simply to persuade Netflix of what they surely already know: People really want to watch classic British TV online. For all our sakes, let’s hope the BBC and Netflix agree to a deal by the end of the month.