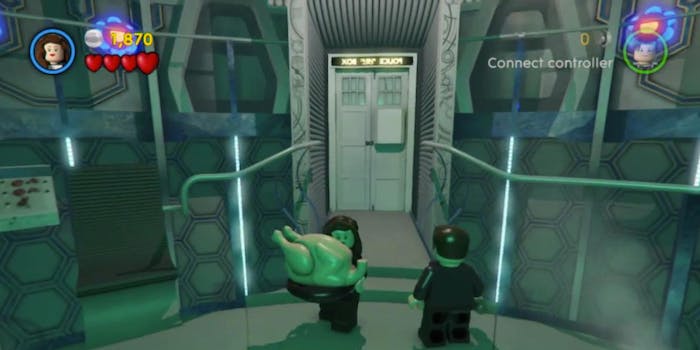 Exploring time and space in Lego looks like a lot of fun.

The Doctor Who fan who remade Matt Smith’s regeneration scene with Lego has returned to both worlds in his latest releases.

Robert Medina, a 3D animator who goes by BlobVanDam on YouTube, has imagined what a video game featuring the Doctor would be like set in the Lego universe.

While Doctor Who will be making an appearance in Lego Dimensions this September, Medina made his own version, taking inspiration from scenes from the show. The first part he shared sees the Eleventh Doctor up against the Cybermen. The second part he posted on YouTube this week happens inside the TARDIS and features Clara.

The gameplay Medina has created makes us very excited to see what the official version of the Doctor in Lego Dimensions will be like. If it’s anything like this, we’re going to be hooked!