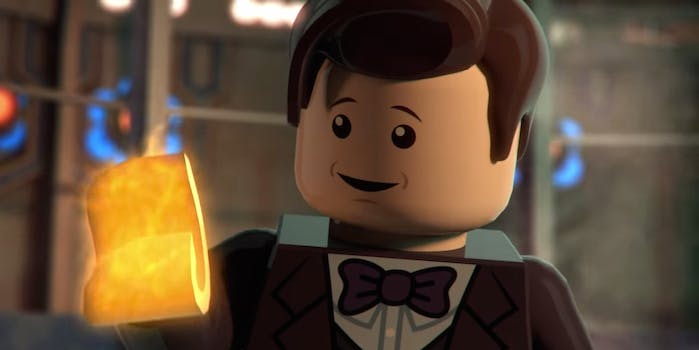 It can only get better with Lego.

Matt Smith’s final episode of Doctor Who polarized many of its fans, but they can probably get behind a Lego recreation of his regeneration into Peter Capaldi’s Twelfth Doctor.

Lego-fying is almost guaranteed to improve just about anything, and taking those final emotional moments with the Doctor, Clara Oswald, and Amy Pond and making it block-like is no exception. All the dialogue is gone and instead we have the facial expressions, gesturing, and murmurs from the classic Lego video games.

But it doesn’t matter whether there’s dialogue because the emotional punch is still there—and with Capaldi’s grand entrance, there’s more humor attached to it than the outright confusion we remember.

Lego improved Capaldi’s entrance, but we can only imagine what they’d do to a new season with ups and downs.