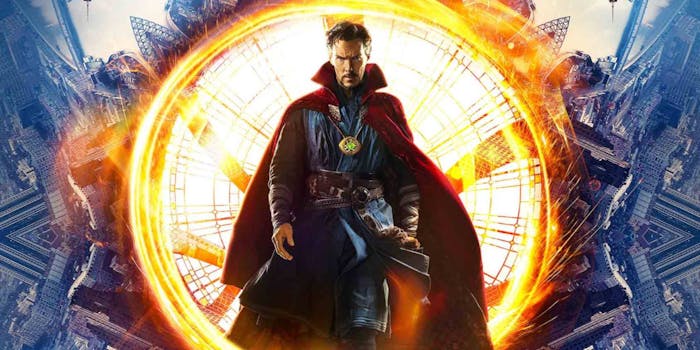 Listen to the trippy credits music for ‘Doctor Strange’

'Doctor Strange' is all about those psychedelic visuals, so why not include some 1970s-inspired music to match?

It looks like someone at Marvel saw that viral video about the unrelenting blandness of superhero soundtracks, because the studio just released the credits music for Doctor Strange, and it’s anything but bland.

Marvel has been heavily promoting Doctor Strange‘s psychedelic legacy, albeit a Disney-friendly version of psychedelia, so it makes sense that the film has a soundtrack to match.