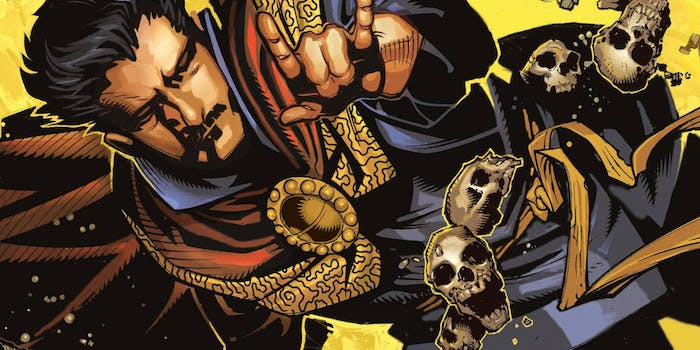 There’s a ‘Doctor Strange’ comics sale at Comixology this week

The sale includes classic 1960s comics, and the miniseries that influenced the new movie.

If you want to dip your toe into the waters of Doctor Strange comics, now is the time. There’s a Doctor Strange sale on at the digital comics site Comixology this week, spanning the character’s 50-year history.

As per our Doctor Strange reading guide, we recommend starting with Doctor Strange: Marvel Masterworks Vol. 1 if you want to understand where this character came from in the first place. This volume includes much of Steve Ditko’s iconic art from the 1960s comic Strange Tales, which defined Doctor Strange’s psychedelic aesthetic for years to come. (Plus, $3.99 for a $16.99 collection is a pretty sweet deal.)

If you’re looking for something more in line with the new movie, you should try The Oath, a miniseries that directly influenced the film, and has more of a sense of humor than the classic comics.

And if you’re interested in catching up with where Doctor Strange is now, the new series is also on sale. It began last year, so it’s easy to catch up, and it’s a very accessible introduction to the character.