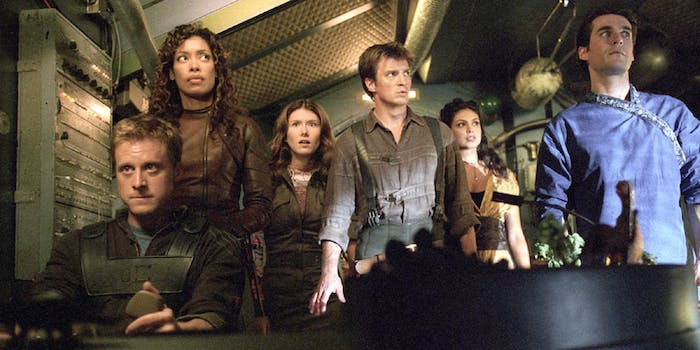 Are fan campaigns getting watered down in the age of the hashtag?

TV renewal campaigns offer us a rare chance to save something we love from the brink of death. But how often do they actually work?

The original series of Star Trek is the iconic example, with fans organizing a letter-writing campaign to get the show renewed for its third and final season in 1969. Cagney & Lacey was saved by a similar scheme in the 1980s, although Twin Peaks fans were less successful in 1991—despite David Lynch going on Late Night with David Letterman to plead his case.

In the 2000s, TV audiences upped their game. Roswell fans sent bottles of Tabasco sauce to the WB, Jericho fans sent peanuts, and Friday Night Lights fans sent eye drops (“clear eyes…”) and lightbulbs. The Internet made these displays of devotion easier to organize, but they also added to the competition. Once every TV show has some kind of social media presence, it’s easy to create “a save our show” hashtag or petition—and even easier for networks to ignore them.

Successful campaigns need to understand what TV networks really want: Money. If a show’s ratings are in the toilet, that means less advertising revenue. The only way to argue with this is by proving the audience is enthusiastic enough to stick around (and possibly buy merchandise), or affluent enough that they’ll respond to expensive ads.

This was an important factor in the renewal of Star Trek in 1968, with an AP report mentioning that much of the show’s fanmail came from “doctors, scientists, teachers, and other professional people… And if there is anything a network wants almost as much as a high Nielsen ratings it is the prestige of a show that appeals to the upper middle class and high brow audiences.”

For every campaign that succeeds (Community and its #SixSeasonsAndAMovie hashtag), several fail—even when they use showy techniques like Flashforward fans staging “blackouts” in major cities across the world. The smartest we’ve seen so far was probably Chuck, whose fans chose the cynically genius move of buying Subway sandwiches, one of the main advertisers on the show. They put their money where their mouths were, and it paid off.

Online success stories like Community and the Veronica Mars movie are something of a double-edged sword. While social media has boosted the volume of renewal campaigns, there’s no solid evidence this is any more effective than letter-writing campaigns were back in the day. It also creates false hope that Netflix or a crowdfunding campaign will swoop in and save a show that is already cooling in its grave. Just look at Constantine.

Afraid it's all quiet on the #Constantine front. If studio is pursuing any moves they're not sharing with us. #Hellblazers #SaveConstantine

Thank you to the new fans discovering #Constantine and sharing the love w us. Waiting for news from studio but hearing nothing. #Hellblazers

Constantine‘s low ratings led it to be cancelled after just 13 episodes, but fans hoped it might get picked up by another network. The #SaveConstantine campaign and the accessibility of Constantine‘s showrunner gave the impression that there was a huge groundswell of support for the show. But despite the constant tweeting of its fans, Constantine was pronounced dead this week.

Meanwhile Agent Carter, another comic book show with a cult following but not-so-great audience numbers, got renewed. Was Agent Carter‘s fan campaign somehow “better” than Constantine‘s? Almost certainly not, although admittedly Agent Carter’s rating’s situation was not quite as bad. The most likely explanation is that Marvel Studios decided to renew Agent Carter because it ties into the rest of the Marvel Cinematic Universe, and airs on a network owned by Disney parent company ABC. Plus, renewing their one female-led product (for the moment) buys Marvel Studios some time when dealing with fans demanding a Black Widow movie.

So while a TV network’s renewal decisions are primarily motivated by ratings, they may be tempered by a complex alchemy of PR concerns and financial considerations like merchandising and overseas syndication. Which, guess what: You have no control over at all.

Renewal campaigns run on hope and obsession, emotions without much basis in realism. Cancellation of a favorite TV show often feels like a hideous injustice, a cruel and uncaring decision leveled by fun-hating businessmen. And you know what? A lot of the time that’s true. So while petitions and #SaveOurShow hashtags are still very much a gamble, you can stack the deck by appealing to TV networks’ baser desire for more cash.

Photo via Firefly-Objects In Space