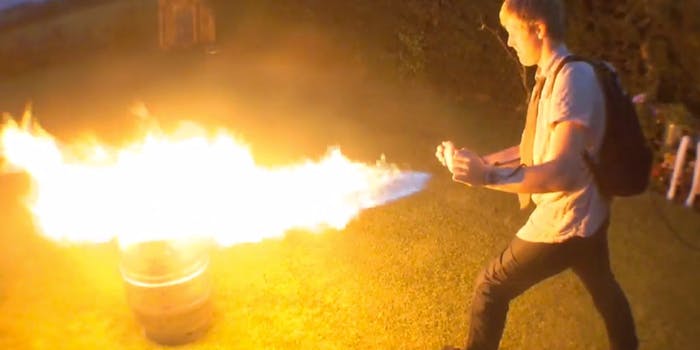 These DIY ‘X-Men’ Pyro shooters are a pyromaniac’s dream

It's Colin Furze's most realistic creation yet.

It’s a skill any Pyro-in-the-making should have.

After showing what real-life Wolverine claws and Magneto shoes look like, YouTube mad scientist Colin Furze has created what he called “the most realistic” recreation of his DIY X-Men collection yet: a shooting device that will allow you to blast 12-foot flames from them.

At a glance, it’s partially a similar setup to the claws, but his knowledge of special effects from working on a TV pilot let him design the contraption without it burning off his skin. It’s like a pyromaniac’s dream.

The end result is yet another outburst of pure excitement, and this one is definitely more useful than the others. This one can even cook his food.