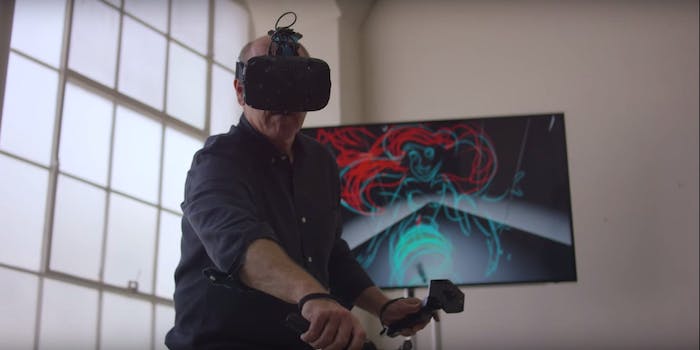 After four decades as an animator, Glen Keane tries out 3D painting technology.

Artist and animator Glen Keane worked on some of the most memorable Disney movies, from The Little Mermaid to Beauty and the Beast.

Over the course of a four-decade career he’s never stopped finding new ways to tell stories, which is why he was the perfect person to test out this 3D painting virtual reality kit.

In this inspiring video, Keane discusses his career and looks forward to the future of animation, showing his 2D pencil drawings side-by-side with 3D art. It’s beautiful to watch The Little Mermaid‘s Ariel come to life using the Tiltbrush virtual reality gear, which allows Keane to step into his own paintings.

Some animation fans dislike the look of CGI filmmaking, but it’s interesting to see how, with this kind of technology, the two techniques may not be as different as you might think.

Screengrab via Future of StoryTelling/YouTube