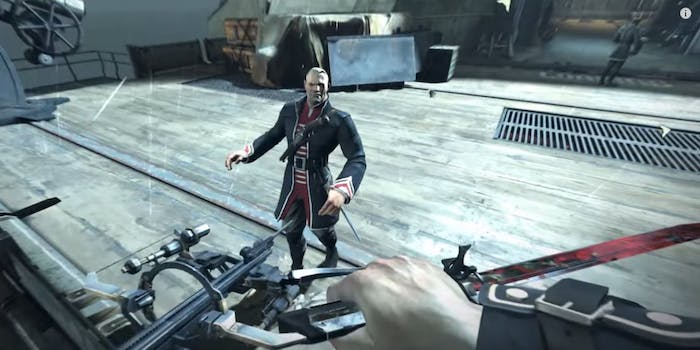 Master assassin plays out a perfect performance in Dishonored

One of the smoothest stealth runs we’ve ever seen.

Dishonored is set in a steampunk world ruled by Victorian aristocracy, and the player is an assassin with supernatural powers that routinely takes out the royals. The game was praised for the open-ended way it presented missions, such that players have several different options to accomplish them. Stealth, as in many games, is usually the most challenging way to proceed.

That makes the following 5-minute perfect-stealth run from YouTuber StealthGamerBR almost impossible to believe. The main powers he uses are a teleport, the ability to freeze time, and mind control. His main weapon is a knife, but watch what he does with the hand crossbow, particularly the shots he arcs way up into the air—so far that you can’t see them anymore—still land perfectly on target.

If you’d like to see more fast and efficient performances in Dishonored, head over to speedrun.com’s Dishonored page.