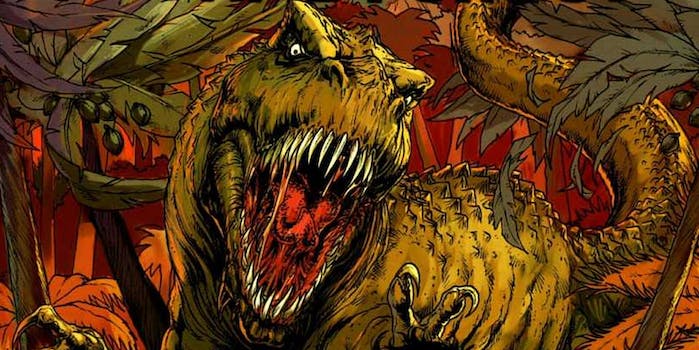 Rumors are swirling about a Dino-Riders film. Here are 7 other dinosaur films that need become a reality.

Mattel is rumored to be considering a new film based on its popular Dino-Riders toy.

Certainly there’s plenty of momentum for a new spate of dinosaur films, given last year’s Godzilla, this year’s Jurassic World, and Pixar’s upcoming The Good Dinosaur. But it’s hard to see the Dino-Riders story, about a bunch of futuristic evolved humans fighting prehistoric dinosaurs in the middle of a space war, having the same traction as other recent toy movies like Transformers or The Lego Movie.

Still, it’s high time for a dinosaur invasion. It seems unfair for Jurassic Park‘s dinos to be the only ones that routinely, uh, kill at the box office.

Fortunately, there are plenty of great dinosaur stories out there just dying for a good film adaptation—and some that are long overdue for a remake. Here’s our list of dinosaur films we’d love to see happen. Which ones are your favorites?

1) The Land that Time Forgot 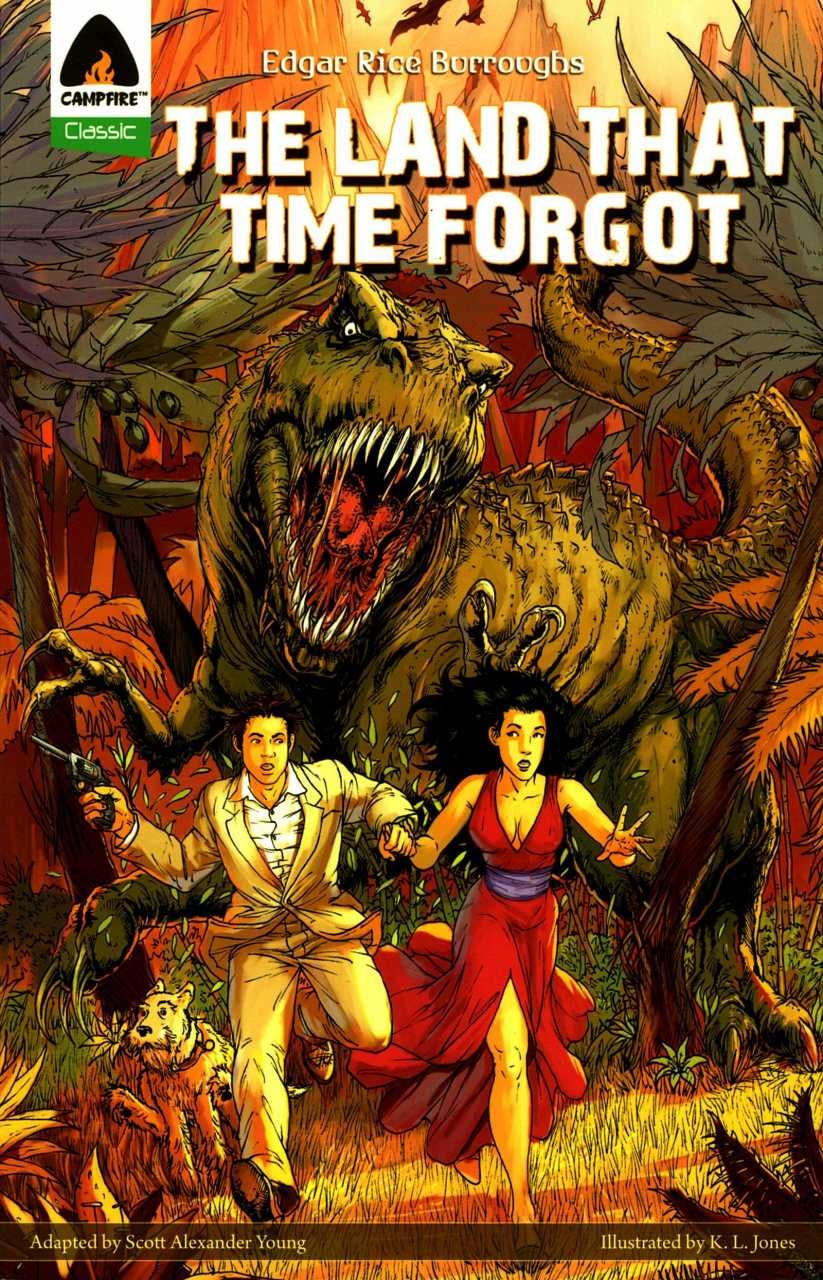 Incredibly, Tarzan author Edgar Rice Burrough’s classic fantasy trilogy hasn’t been adapted to film since 1975… unless you count the terrible 2009 B movie currently sporting a 9 percent Rotten Tomatoes rating. Despite being converted into a stylish Marvel comic in 2010, this story about World War I-era submarine passengers who become trapped in a pre-historic jungle world has yet to receive an equally stylish modern take. We think its moment is long overdue—especially if it were animated. 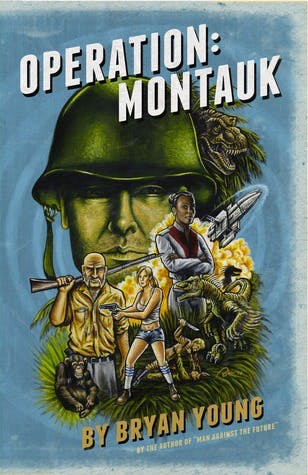 The trope of soldiers getting sent back into the past and fighting dinosaurs has long been a fixation of the genre. Author Bryan Young first started writing this story about a group of World War II soldiers who find themselves trapped in a dino-battling time travel nightmare for his son as the world’s most exciting bedtime story. We’d love to see this one brought to life with full CGI. 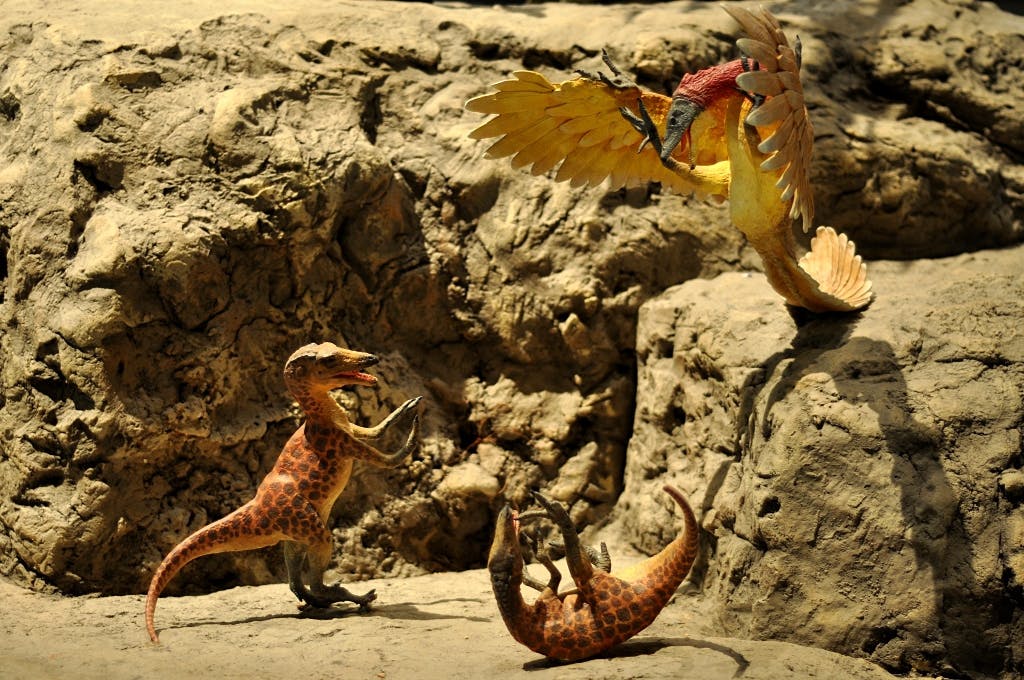 This creepy allegorical short story by legendary sci-fi writer Isaac Asimov has never gotten the attention it deserves. It’s tailor-made for an episode of classic Star Trek: A group of scientists walk into a bar and discover a rambling scientist who tells them an impossible story about building a time-travel machine and discovering the real truth about what killed the dinosaurs. This one’s a slow burn, but in the hands of a talented screenwriter, it would stick with audiences for years. 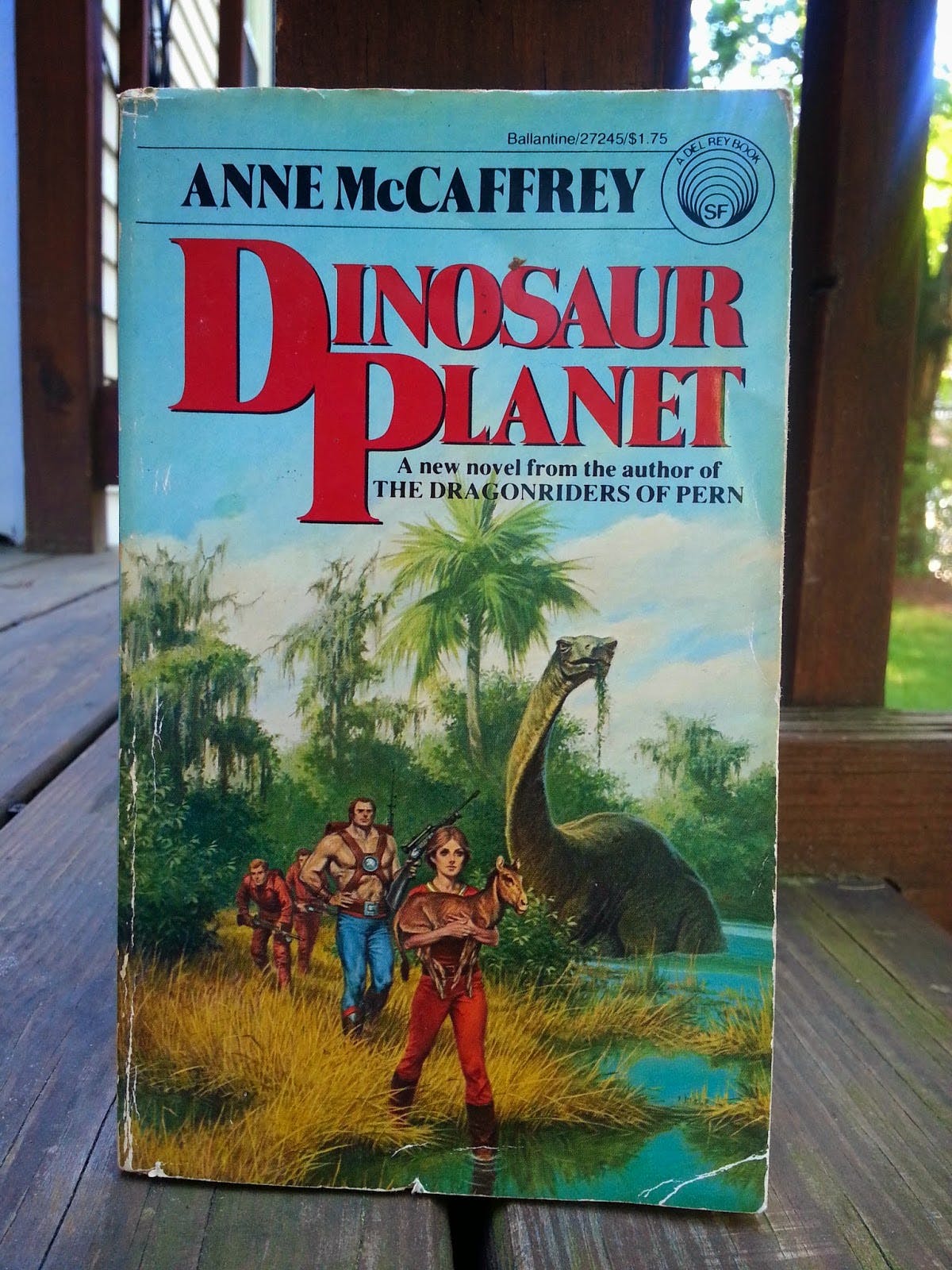 Although she was best known for her dragons, Pern creator Anne McCaffrey also wrote this novel about humans exploring a distant fictional planet full of mostly peaceful dinosaurs. Unlike many of the other books on this list, the humans and the dinosaurs mostly manage to co-exist in peace: It’s other humans they have to worry about. 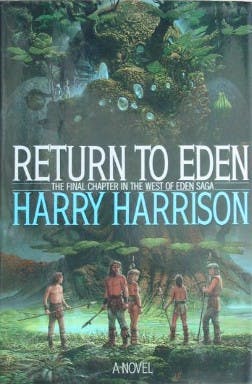 Harry Harrison’s West of Eden trilogy is an alternate history of the world in which the extinction event never happened and humans and dinosaurs both roam the earth. The result is that an intelligent reptiloid race has evolved alongside humans—and now they’re in a tense war to control the new land we know as North America. Though not without its problems, particularly its demonization of the matriarchal dino society and its allegorical emphasis on the extermination of native cultures, this bestselling trilogy is a fascinating fictional exploration of early societies learning to co-exist—one that would make a great movie. 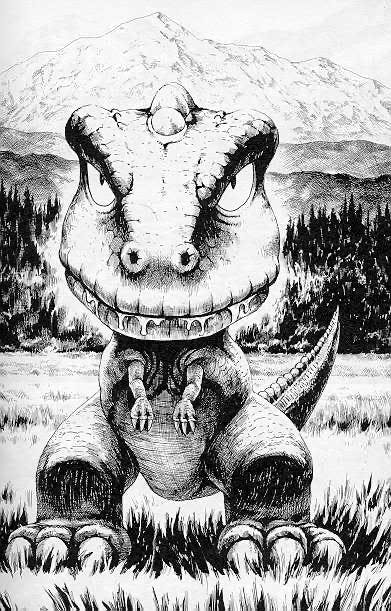 Though most U.S. fans know this cuddly tiny dinosaur from his appearance in the Playstation game Tekken 3, Gon got his start in a gorgeously drawn manga by creator Masashi Tanaka. The title character in a story told without any words or dialogue at all, Gon is equal parts fun and furious, depending on whose prehistoric paths he has to cross. Whether he’s bonding with elephants and wolves or facing terrifying bears, tigers, or other dinosaurs, Gon leads the reader through a truly beautiful world full of striking moments that would make a brilliant animated film. 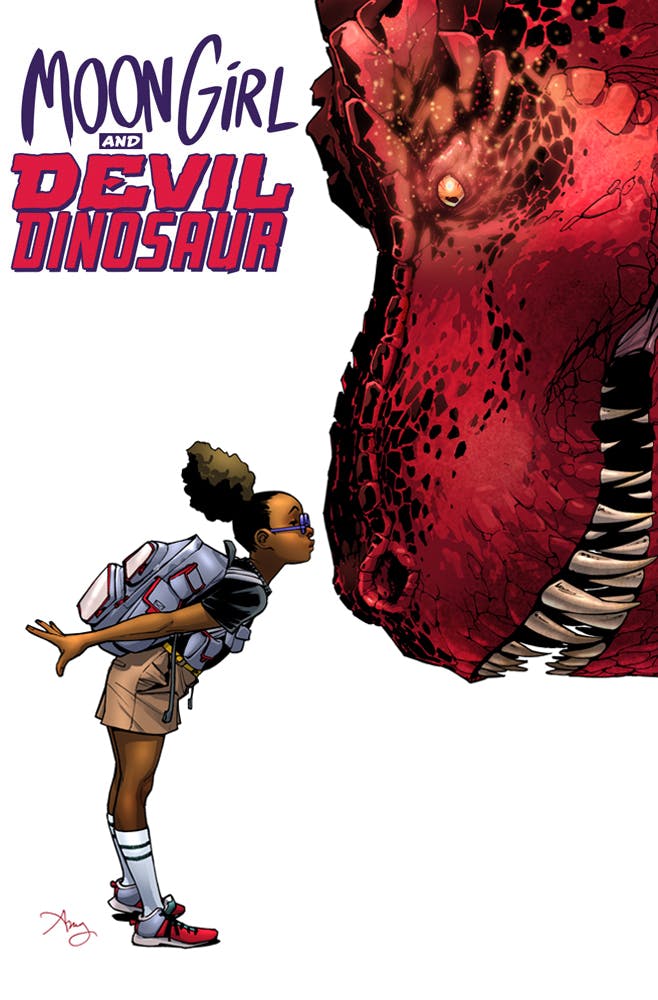 With Marvel bringing us the new adventures of this classic T-rex and his new pal Moon Girl, it’s a great time to bring Devil Dino to the screen. Sure, we know Marvel’s schedule is booked until 2019 or so, but the dino craze isn’t going away any time soon. And who doesn’t need a film about a dynamic duo of a prehistoric beast and a pre-teen girl genius?