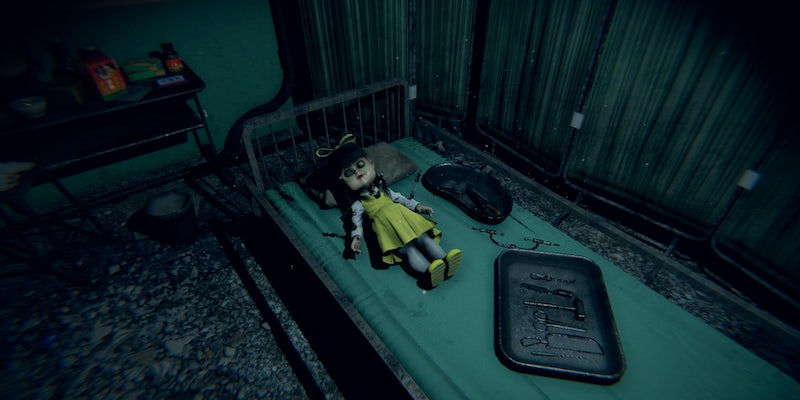 The game was another victim in China's long crusade to censor Winnie the Pooh.

Devotion, the Taiwanese horror game that’s been banned in China for the last four months, is probably never coming back to Steam, the developer announced in a Facebook post on Monday.

Devotion, a horror game about a Taiwanese family being manipulated by a religious cult, is the work of Red Candle Games, a game development studio also based in Taiwan.

Devotion clearly took inspiration from other iconic horror games like Hideo Kojima’s P.T. and Layers of Fear. What caught the eye of the Chinese government wasn’t its horrifying imagery, but rather an art asset that contained a joke mocking Chinese President Xi Jinping.

The asset in question was a poster on the wall in a family’s apartment, the game’s main setting. Using Taiwanese and Chinese Mandarin text, the poster read, “Xi Jinping Winnie the Pooh Moron.” The poster is referencing the longstanding joke that Jinping resembles the children’s book and movie character Winnie the Pooh. Media containing or referencing Winnie the Pooh is also currently banned in China due to the association–this includes the 2018 film, Christopher Robin.

“For the past four months, the art asset incident related to Devotion has caused immeasurable harm to Red Candle Games and our partner, (Chinese publisher Indievent),” Red Candle Games wrote in its statement, originally reported on by Vice.

The studio extended its apologies to “all impacted teams and personnel,” and is taking full responsibility for any and all losses.

“While mediation is still in progress, Red Candle’s co-founders have reached a unanimous decision to not re-release ‘Devotion’ in the near term, including but not limited to obtaining profit from sales, revision, IP authorization, etc. to prevent unnecessary misconception.” the studio wrote.

Red Candle Games, being based in mainland Taiwan, would normally be outside of the reach of China censorship. Its Chinese publishers Indievent and Winking Entertainment, however, are not, and Indievent lost its business license as a result of China’s efforts to censor the game.

Red Candle stated that the inclusion of the political poster was a “malfunction of project management, not a deliberate act.”

Red Candle also stated that it would reconsider releasing Devotion again if the “public would be willing to view this game rationally and allow us the opportunity to rebuild trust with our players.”

Vice has reported that the studio declined to clarify what “view this game rationally” means.

It remains to be seen if Devotion will ever be made available again, but the impact has certainly been felt. Red Candle was criticized by some in the Taiwanese game development community for possibly souring relations between Taiwan and Chinese publishers, according to the Guardian.

It could even prove to be a loss for the video game industry at large. Red Candle’s previous game, Detention, is a surprisingly poignant tale of life under martial law in 1960’s Taiwan, during what historians call the “White Terror.” Mixing occult monsters and political history, Red Candle was able to make a 2D side-scrolling adventure into one of 2017’s most engaging narratives.

The developer is clearly interested in continuing to explore that side of history and the world, but chances for gamers to absorb that may now be far fewer.