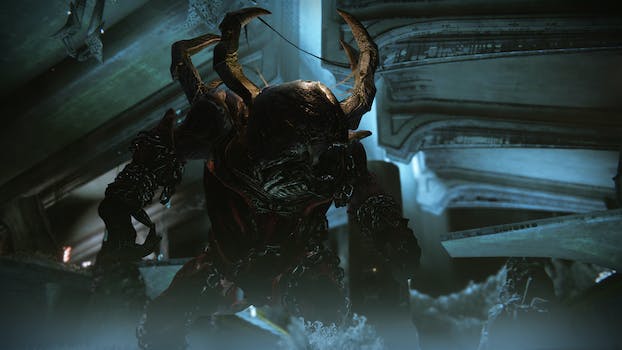 The new Destiny expansion just got its coolest raid yet

Bungie saves the best for last in the final leg of the hype train’s journey.

The preview bonanza for the Destiny expansion The Taken King came to a close yesterday with the reveal of the long-awaited third Raid.

King’s Fall takes place on a massive Hive Dreadnought sitting off the orbit of Saturn. The Dreadnought is the narrative heart of The Taken King, which will launch Year Two of the Destiny journey when it is released on Sept. 15. During yesterday’s Twitch reveal, Bungie also detailed a cooperative, wave-based gladiatorial mode called Court of Oryx, which takes place inside the Dreadnought.

But at best, that’s going to be a warm-up bout for the epic fight that is King’s Fall.

Just as there were three Taken King Twitch reveals, there were also three major trailers, including the Raid reveal above, that have defined the Taken King hype train since Bungie revealed the expansion at E3 2015 in June.

Another trailer unveiled during yesterday’s Twitch stream gives us our best look yet at the story behind The Taken King, as Bungie tries to address concerns about the lack of an engaging narrative in Year One of Destiny.

The Taken King’s launch trailer harkens back to the original, live-action trailer for Destiny that Bungie released in September 2014, in that we’re treated to a second helping of Led Zeppelin over footage of Guardians doing what they do best.