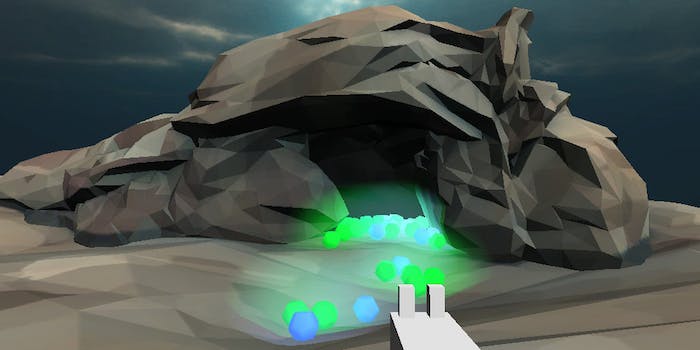 Bungie is well aware of the caves. And it doesn't like them one bit.

When the virtual cornucopias of money and gear in Destiny know as the Loot Caves are dead and gone, a new simulator will make sure we have something to remember them by.

Bungie is well aware that, rather than actually playing the game it spent years developing, players are instead shooting into caves that rapidly spawn enemies and even more rapidly drop engrams (read: blueprints) that turn into weapons and armor. Bungie is also not happy about it, such that Loot Cave 1.0 was shut down.

Loot Cave 2.0 is still going strong, and it’s only a matter of time before Bungie steps in to address that problem, as well. When the party is finally over, Destiny cave farmers will have to get their fix with the Interactive Cave Shooting Simulator.

You can try this simulation for yourself here. You’ll need to download the free Unity Web Player (Unity is a popular programming language in game development). It is depressingly accurate compared to the experience of our Daily Dot reporter, who has spent enough hours at Loot Cave 2.0 to develop the beginnings of Carpal Tunnel Syndrome.

If you decide to give the Simulator a try, the green engrams are bad, the blue ones are okay, and the purples ones are best. You won’t be able to collect the engrams and turn them into gear, but chances are the gear would all be crap anyway.

That’s why Bungie is revamping the entire engram system in Destiny as we speak. To keep people from looking for loot caves in the first place.