House of Wolves is a must-have expansion for Destiny fans

Bungie has set the bar for future Destiny expansions.

Anyone complaining about a lack of things to do in Destiny needs to pick up House of Wolves. Since the expansion was released on Tuesday, I feel overwhelmed with choices.

On Thursday, I was running through the Cosmodrome, Destiny’s starting planet for beginners, surrounded by Level 1 enemies that to me as a Level 32 character weren’t even worth stopping to kill. Then something smacked me straight in the face and I was almost dead.

It was a Queensbreaker Guard, a 10-foot-tall Fallen alien with four arms, surrounded by a glowing blue shield and carrying a pair of cutlasses. His health bar was colored yellow, which is Destiny-speak for “Not to be trifled with.”

“What the hell is this?” I yelled out, backing away reloading the machinegun I hadn’t thought I’d need in a Level 1 area, while trying not to let the Queensbreaker Guard kill me. I got the machinegun reloaded, put a full 50-round magazine into his face—I imagined him laughing at me when it failed to kill him—switched up to my shotgun, and finally swatted him down.

It was an unexpected and awesome encounter. I found out later that the Queensbreaker Guard was connected to House of Wolves-specific bounty missions, that make boring areas of the map interesting again. This is an apt metaphor for what House of Wolves has done for Destiny game, across the board.

The new story revolves around an attempt by a Fallen warlord to unite all the different Fallen Houses under his command. It stretches over five missions, two of which open up entirely fresh map space, and a third that makes deft use of some of Destiny’s most interesting and also under-utilized areas. The new Strike mission tells a side story that gives Destiny players a new look at one of the Fallen’s huge starships. Most of this is accompanied by fresh musical scores. I enjoyed all of it immensely.

The House of Wolves missions are given out in the Reef, Destiny’s new social space. The rest of Destiny’s fresh content, the Trials of Osiris and the Prison of Elders, are accessed via the Reef. It’s pretty, it’s very purple, and even if the Reef is only another place to pop in, talk to someone, and then pop out 60 seconds later, it’s still nice to have a new area that feels like it expands Destiny’s world in a concrete way.

The Trials of Osiris are elimination-style 3v3 tournaments for the Crucible crowd, held weekly. Lose in the Trials, and you have to wait until the following week for another shot. Each Trial is glued to a single map, which means Crucible players that haven’t learned all the ambush spots and choke points on that map will effectively be running drills to learn how to tackle the map more effectively, in any Crucible mode.

The Prison of Elders three-player, wave-based survival mode is Raid-level-difficult content for people who can’t get six players together for a Raid, or who want a straight-up fight versus trying to solve puzzles like those in The Vault of Glass and Crota’s End Raids. I’ve tried the Prison twice, once on the default Level 28 setting, and once at the more advanced Level 32 setting.

The Level 28 run was tough. My Fireteam bounced out of the Level 32 run after spending almost an hour trying to defeat tough Boss enemies while dealing with endless waves of lower-level mobs. There are two, even higher difficulty levels of the Prison to tackle, and I suspect that I’ll be leveling for a month or two before I have a shot in hell of beating them. 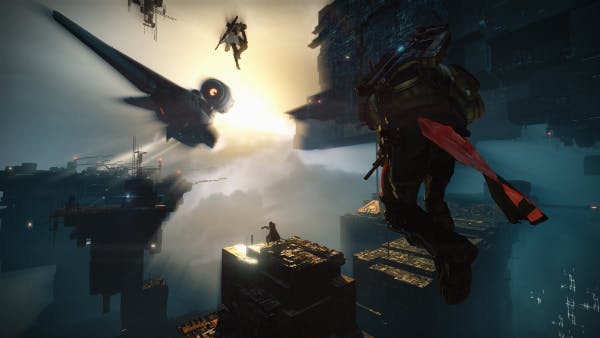 What’s probably more important than any of this new content, however, is how House of Wolves revamps Destiny’s leveling system. Anyone who spent months grinding for Ascendant Shards and Ascendant Energy to level up their Legendary armor and weapons will never have to go through that again—if they stick with the new gear introduced by House of Wolves.

All the new weapons begin at 331 damage, or the cap prior to House of Wolves, and all armor begins at Level 32, the previous level cap. All players need to level up this new gear is a single piece of Etheric Light for each. The Trials, the Prison, and Weekly Nightfall Strikes are the best ways to earn Etheric Light, and they’re all tough content to beat. The old grind for Ascendant materials has been replaced with the new grind for Etheric Light.

The change in the leveling system also means that a player who is entirely new to Destiny is guaranteed to hit Level 32 in the space of a month, if they are diligent. That means all of Destiny’s non-PvP endgame content prior to House of Wolves—the Vault of Glass and Crota’s End Raids, and Weekly Nightfall Strikes, as well as the new Prison of Elders—will all be within reach of new Destiny players very quickly. 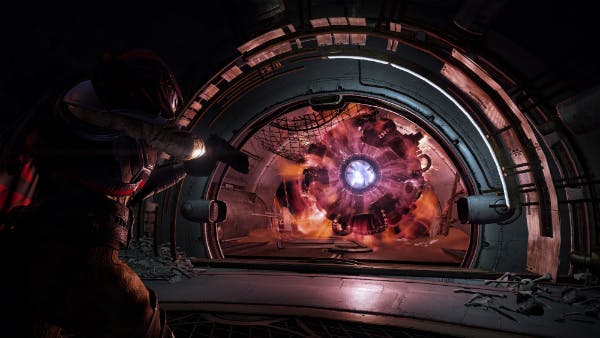 The warden of the Prison of Elders

Armor level is merely the key in the door. A deep toolset of powerful weapons is still the key to beating any of this content. Even if they are not powerful enough to be successful at any of this content, at least new Destiny players will have an opportunity to sample the best of what Destiny has to offer much earlier compared to how things stood before House of Wolves. It is a vast improvement, and is largely responsible for addressing the common complaint that Destiny doesn’t have enough things to do.

Destiny players will still need to run bounties to level up their weapons efficiently, but a new player will have access to four different sets of bounties to choose from. Destiny players still need to run Strike playlists, or play Crucible matches to earn the Marks that guarantee quick access to Level 32. The selection of Crucible maps is now large. Players on the Xbox platforms are still getting screwed by Activision’s exclusivity deal with Sony that has locked away two Strikes on the PlayStation platform, but it’s finally beginning to feel like even the Xbox versions of the game have some variety in Strike playlists.

Where the value of The Dark Below felt very much in question and Destiny players could have gotten away without owning the expansion, not buying House of Wolves if you either want to keep playing Destiny, or give the game a try for the first time, is shooting yourself in the foot.

Bungie has set the bar with House of Wolves for what a Destiny expansion ought to be. If Bungie continues to deliver on this level of expansion quality, and especially at the current pace of expansion releases, then Destiny is in for a long life that will satisfy veteran players and make the game attractive for new ones.