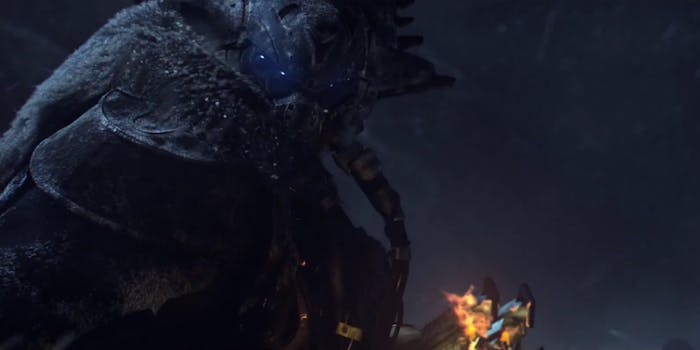 Your first look at the new Destiny expansion, House of Wolves

The leaked release date was true.

Bungie earlier today accidentally revealed to European journalists the May 19 release date for House of Wolves, the next expansion for Destiny.

The release went out just hours before the trailer for House of Wolves was posted at 1pm ET. The only result of the early release was moving House of Wolves into Twitter’s trending topics, which gave everyone plenty of time to prep themselves for the new trailer.

Based on the leaks, House of Wolves is going to offer a similar slate of content to the previous expansion, The Dark Below, i.e. some new story missions, a new Strike, new multiplayer maps, and some new gear.

We were lukewarm on The Dark Below when it was released, owing to the small amount of content for the $20 price. Four months and several hundred hours of play since the expansion was released, however, we’ve come to realize that judging Destiny expansions in the context of map packs and other DLC may not be the best way to assess their value.

The Dark Below introduced changes and content that altered the fundamental fabric of Destiny, even if only slightly. What felt at release like limited content made ongoing and fun changes to Destiny’s persistent world. With the introduction of an entirely new area to explore, we imagine that House of Wolves may have the same, positive effect on the game.