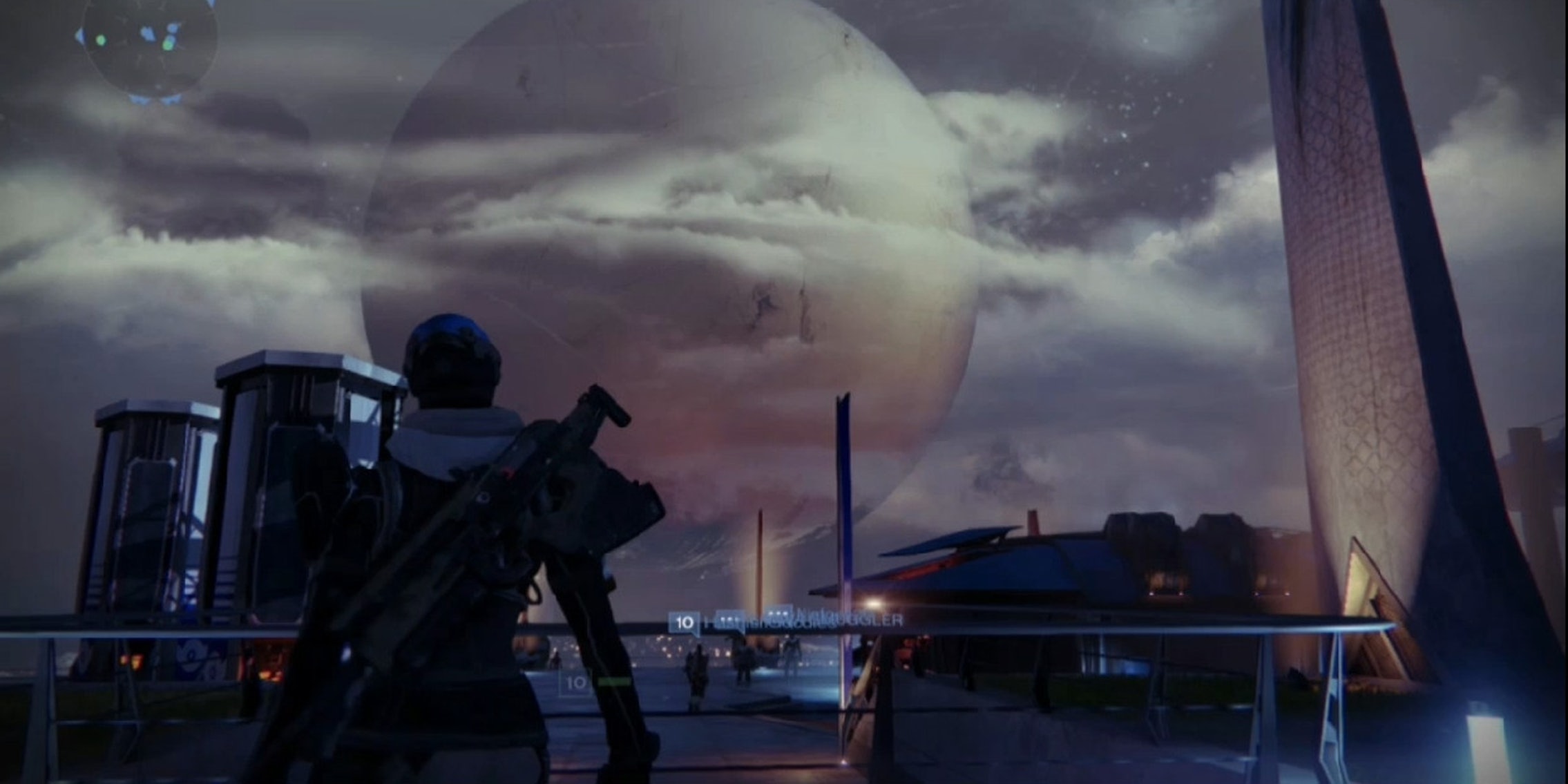 We're not at the end, but so far so good.

Destiny is a well-crafted and polished first-person shooter. We don’t know yet if it’s everything else that publisher Activision and developer Bungie promised Destiny would be—we’re still playing.

But in the interim, we can provide you with our early impressions of the cooperative multiplayer at the heart of Destiny and the universe in which these adventures are set.

Destiny takes place after humanity was visited by the Traveler, a celestial being that helped us colonize the solar system. Centuries later, the Traveler’s ancient enemy has all but annihilated us.

Humanity’s last city rests under the weakened, crumbling Traveler. And at the edge of the city is the Tower, the home of the Guardians.

Guardians are the dead, brought back to life by Ghosts, which are artificial intelligences created by the Traveler. The Guardians and their Ghosts defend humanity against the alien races occupying Earth, the Moon, Mars, and Venus, in an attempt to help us reclaim our birthright among the stars.

The Guardians’ story is told through missions on each of the four worlds. One map defines each planet, with the missions spread across the maps. Players can also go on Patrols, which are free-roam sessions across each planet with short, easy-to-complete mini-missions that players can accept as they see fit.

The moment-to-moment mechanics of combat feel an awful lot like Borderlands, another cooperative first-person shooter game.

It’s tough not to think about Halo, Bungie’s previous first-person shooter franchise, while playing Destiny, especially during the missions in Old Russia. The foot soldiers for an alien race called the Fallen dodge and weave just like the alien Elites did in Halo.

Fallen troops can arrive in dropships, like the Covenant troops did in Halo. Fallen soldiers use weapons with guided projectiles that unerringly find their target unless the player takes cover, which is very much in line with the Needler weapons used by the Covenant in Halo.

Even the vehicles in Destiny can feel like something right out of Halo. The resemblance of Fallen attack hoverbikes in Destiny, called Pikes, to Covenant Ghost vehicles in Halo is uncanny.

None of that is a criticism. Halo sold the numbers it did in part because the game mechanics were superlative. Controls were responsive, enemies were challenging, and all the weapons were fun. Destiny follows suit with the same level of craftsmanship.

Story is a historical strength of Bungie’s, but there hasn’t been much storytelling in our playthrough thus far. We’ve been presented with a few cutscenes here and there, but the story is mostly told through voiceovers during the pre-mission sequences, while the players’ Jumpships are in orbit and before they descend to the mission target, and through information shared by Ghosts during the missions themselves.

There is a narrative running through Destiny, even if we haven’t seen much of it yet, that connects the missions to one another. In Old Russia, my Fireteam and I discovered a second alien race, the Hive, was on Earth. So we headed up to the Moon to investigate what the Hive was up to. Then this happened:

In-between missions you’ll probably return to the Tower. This is where a preponderance of the role-playing game elements take place, like receiving quest rewards and buying new weapons and armor. I like the Tower as a space just to be in. It’s peaceful and pretty.

The Tower is the place where Destiny best creates the illusion of being in a world that keeps moving, regardless of what you are up to. It’s where Destiny feels the most like an MMO, where you check your mail, store and pick up items from your vault, and where you regularly encounter a bunch of other players.

There’s no way to talk to any of those other players, however. There’s no chat function, which is usually how you communicate with other players in an MMO. The best you can do while visiting the Tower is to wave and point at other players, unless you invite them to join a Fireteam, in which case you share a voice channel.

I haven’t tested this yet, as I’m playing exclusively with friends in an attempt to expediently work up to the endgame Raids.

The concerns people had during the beta in August about the maps being too small is not something I’ve had an issue with. Then again, the game’s only been out for four days. I’ve found plenty to do between Patrols, and running the missions multiple times with different groups of friends, and varying them between Normal and Hard difficulties.

The first-person shooter aspect of the game taken alone is, so far, beyond reproach. Destiny is providing some of the most challenging and enjoyable firefights I’ve had in a first-person shooter. And the music in the entire game is fantastic. The heroic score that hangs over this desperate firefight really completes the scene:

As long as Destiny keeps handing me more of that, I’ll still be having fun during this review playthrough.