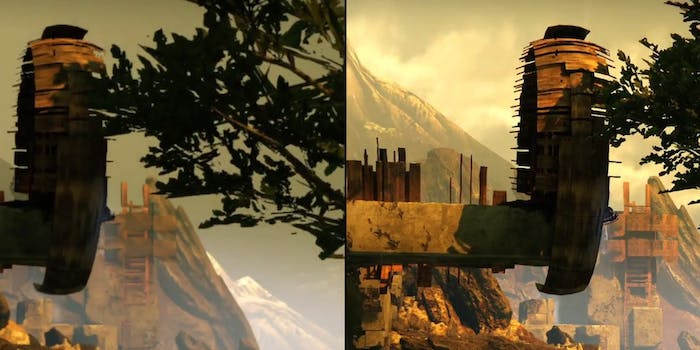 Bungie’s ‘Destiny’ beta looks much better on the PlayStation 4

When it comes to graphics, PlayStation 4's version is clearly superior.

The beta test for Destiny is taking place on the PlayStation 3 and PlayStation 4 as we speak. For many, the difference between them in graphics and performance will decide which platform to play on.

Visual comparisons between cross-platform releases are important to gamers, and there is a very clear difference between how Destiny looks on the two systems, as this video from Digital Foundry demonstrates.

While the PlayStation 4 version is clearly superior, graphics aren’t gameplay. First person shooter combat is clearly the mainstay of what Destiny will offers its players, and the differences between the two systems will become blurrier once the bullets start flying.

Visual quality would be much more important in Destiny’s supposed MMO elements, like a main hub city in which players can meet and form parties. When players are in one of those hub cities, and the action is temporarily suspended such that vistas are easy to stop and marvel at. That is when the graphical differences between platforms are going to matter the most. The MMO-style social interaction in hub cities is the facet of Destiny players know the least about.

For gamers who care less about graphics, the decision of which platform to play on will probably be decided by what platform most of their friends are on. Gamers faced a similar situation when Titanfall was released for both the Xbox One and Xbox 360, and the gameplay for all intents and purposes was the same.

The Destiny beta tests for the Xbox One and Xbox 360 are slated to begin Thursday.