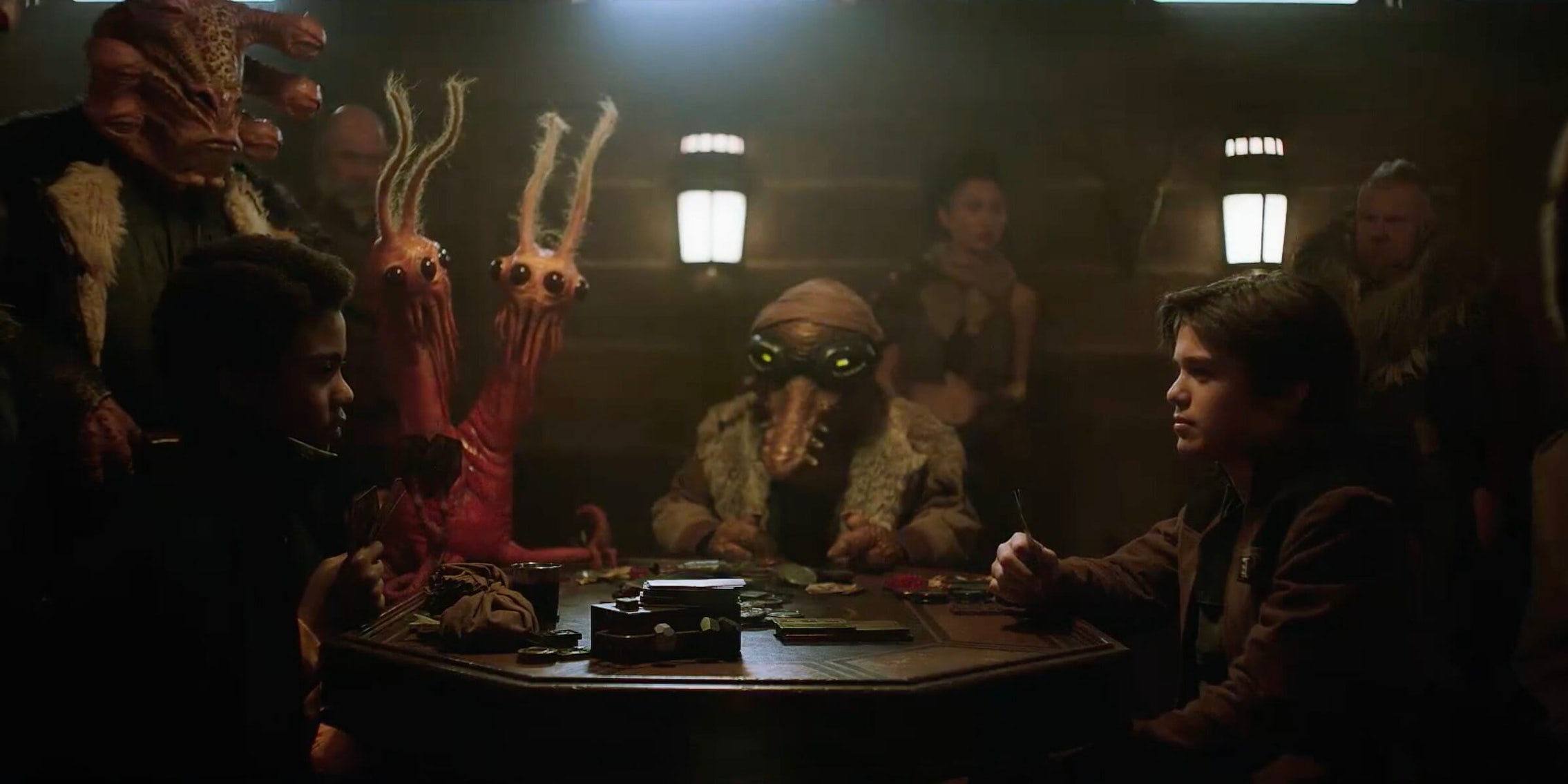 The hand has been dealt.

As the theatrical release of Solo: A Star Wars Story inches closer, we’re starting to see glimpses of the movie in unexpected places as a Denny’s commercial might give us our closest look yet at a scene that’s practically legend in Star Wars lore.

Lando Calrissian famously lost the Millennium Falcon to Han Solo in a game of sabacc (a card game played in the Star Wars galaxy), and in a new Denny’s commercial, we see a version of that game start to unfold. Han, Lando, and Chewbacca are in a seedy-looking cantina filled with suspicious-looking characters, performers, and plenty of detail. But no matter what they’re doing, the cantina falls silent as an alien shows its hands.

Some of the aliens sitting at Han and Lando’s table have already been featured in promotional images and the first trailer as Lando tries to read Han with a cool confidence. It’s usually iffy attempting to parse exactly how much of a tie-in commercial will factor into an upcoming Star Wars movie, though we imagine this game doesn’t end with Lando trading a Chewbacca or Han Solo card to win the game. But will this be the sabacc game that gives Han Solo the Millennium Falcon? We’ll have to wait to see how that hand plays out on May 25.