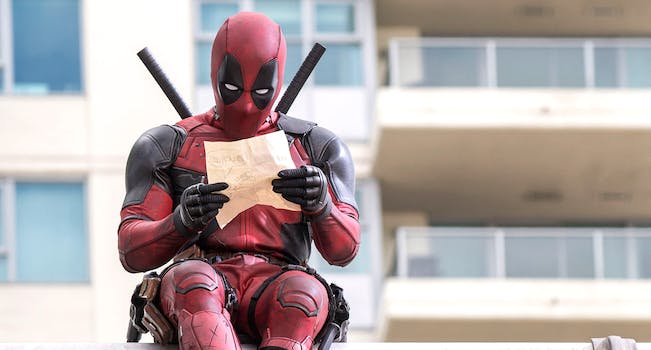 Deadpool is the host America deserves.

More than 25,000 people have signed a petition asking for Deadpool to host Saturday Night Live.

No, not the actor Ryan Reynolds. Deadpool, the fictional character.

This kind of petition is not exactly rare, and most of them have no impact whatsoever. But with Deadpool—well, just think about it for a minute. He’s basically the perfect host. Reynolds has spent countless hours filming PSAs and tie-in videos as Deadpool, and the character’s fourth-wall-breaking antics would be perfect for SNL‘s studio audience. It’s a totally plausible idea.

When actors visit the SNL set, they usually do at least one sketch related to their most famous role. With Deadpool, you’d just have Deadpool playing every part, wearing a second costume over his regular Deadpool costume. A few months ago, this would have seemed like a ridiculously niche joke for Marvel fans, but after Deadpool‘s runaway success this week, who knows?

There’s a good chance that SNL showrunner Lorne Michaels will never see this petition, but if he does, he should read this section:

“I have not watched a full episode of SNL in years because I just haven’t been able to stomach an entire episode, but having Deadpool host, star, and be all over the episode would get the DVR set so I can watch it again and again!!!”

Deadpool famously did very, very well at the box office over its opening weekend. By capitalizing on its success, SNL could attract new viewers—people who either never watch the show or only occasionally catch clips on YouTube.

Online petitions should always be taken with a pinch of salt, but this one is an undeniably great idea.