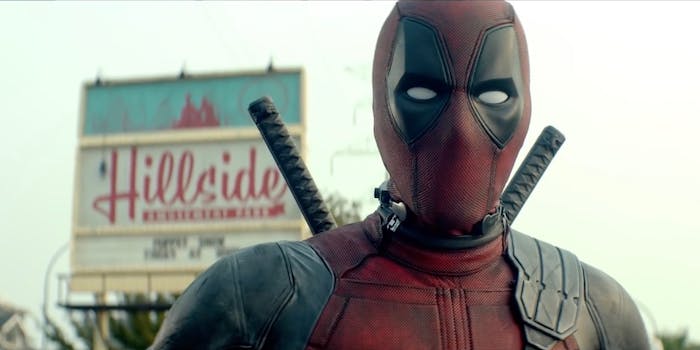 ‘Deadpool’ screenwriter says that Disney sequel will still be R-rated

'Marvel has promised to continue to let us play in the R-rated Deadpool universe.'

The question of what a Deadpool sequel would look like over at Disney has been up in the air since the company purchased Fox earlier this year. Many wondered if the property would remain R-rated under Disney. But after seeds of doubt were sprinkled a few months ago, one of the film’s screenwriters is offering some reassurance.

Longtime creative partners Paul Wernick and Rhett Reese are responsible for writing both Deadpool movies, but years before they collaborated to bring the Merc with a Mouth on-screen, they wrote the screenplay for Zombieland together. A decade later, Wernick and Reese worked together to bring a Zombieland sequel to life.

While promoting Zombieland: Double Tap, Wernick provided an update on Deadpool’s fate at Disney. We’re no closer to knowing when a Deadpool sequel will happen, but if nothing else, it’s more assurance that the tone that Wernick, Reese, and star Ryan Reynolds established will remain intact.

“We’re always in touch with Ryan,” Wernick told Entertainment Weekly. “We’ve got several projects with him in addition to the Deadpool universe. I think the party line and truth is we’re all still figuring it out. Marvel has promised to continue to let us play in the R-rated Deadpool universe, and the hope is that they will also let us veer into the MCU a little bit as well and play in that sandbox.”

It’s more or less what Disney CEO Bob Iger said back in February, although more recent reports indicated that the Marvel superhero could work in a PG-13 movie. But until we actually see an R-rated Deadpool movie at Disney, the concern over what it will look like will remain.

In related news, Reynolds posted a photo of himself at Marvel Studios on social media, joking that he was there to audition for Tony Stark. But the fact that he’s met with Marvel post-merger is a good sign that Deadpool won’t remain in limbo forever.

Auditioned for the role of “Anthony Stark”. Didn’t come even remotely close, but the nice man with the taser escorted me to the ground. pic.twitter.com/1bwFDGdMOj