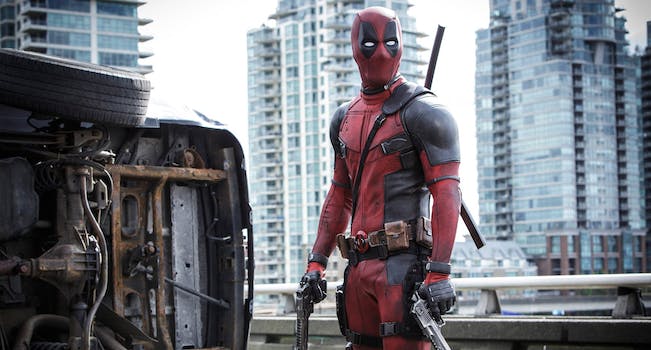 Marvel's raunchy new action-comedy is nowhere near as rebellious as it wants itself to be.

Deadpool‘s irreverent and genre-savvy marketing campaign has won hearts and minds all over the Internet, but the film itself is something of a disappointment.

Ryan Reynolds stars as Wade Wilson, a wisecracking mercenary who is diagnosed with terminal cancer. He volunteers for a horrific experimental treatment that gives him super-healing abilities—but leaves him with scars all over his body. Convinced that he’s too hideous to love, he leaves his girlfriend Vanessa and takes the name Deadpool, determined to find the supervillain who gave him powers and ruined his life.

This premise is extremely basic superhero fare, but Deadpool’s cult appeal lies in the character’s warped personality. His comics are packed with surreal humor, with Deadpool often breaking the fourth wall to talk to the audience. Fans see him as a breath of fresh air compared to other Marvel heroes, and this movie attempts to bring that irreverence to the big screen—mostly through the medium of dick jokes and severed limbs.

You can tell this isn’t a typical X-Men spinoff because instead of having an impassioned debate about mutant rights, Deadpool calls Colossus a “chrome cockgobbler” and breaks his own hand by punching him in the crotch. 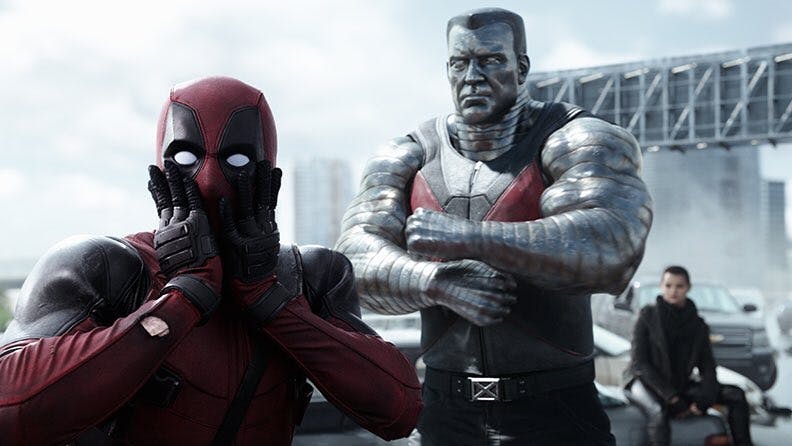 Actually, the whole movie feels like it was written both by and for teenage boys. Deadpool’s girlfriend Vanessa (Morena Baccarin) is the ultimate Cool Girl, a sex worker/strip club waitress who always looks super hot, shares Deadpool’s love of cursing and sex jokes, and whose only moments of emotional weakness come from her love of Deadpool. Every other human interaction takes place through a veneer of bravado and inventive cursing, a teenager’s fantasy of being a cool badass who doesn’t care about anything. But the gallows humor is so self-congratulatory it mostly falls flat—especially T.J. Miller as Deadpool’s friend Weasel, who speaks in overly studied Kevin Smith dialogue.

Fratboy humor and cartoon violence would obviously be the lynchpins of any Deadpool adaptation. Unfortunately, this one wasn’t as smart or imaginative as it thought, and the filmmakers were too keen to seed “Deadpool humor” throughout the whole movie. Wade Wilson is at his best as a kind of R-rated court jester, and if he’s surrounded by characters who have the same moral compass and sense of humor—Vanessa, Weasel, Wade’s elderly roommate Blind Al—then he seems less interesting by comparison. Which is a pity, because Ryan Reynolds’ performance is one of the film’s strongest points. He’s a great physical comedian, his cute-but-scuzzy appearance is perfect for the early Wade Wilson flashback scenes, and his whiny, high-pitched voice adds a lot to Deadpool’s constant wisecracking.

Deadpool‘s marketing campaign is all about rebelling against superhero status quo, touting a sexy combination of Monty Python, Jackass and Blade. But aside from its R rating and self-referential jokes, Deadpool is no more subversive than Guardians of the Galaxy. The main difference is that in Deadpool, characters show their butts and say “fuck” a lot. (Although to be fair, it’s very satisfying to hear actual curse words in a superhero movie.)

It will be interesting to see how Deadpool fares at the box office. The main question is whether its target audience is as big as Fox appears to think. The film’s marketing focused on its dedication to Deadpool canon, reassuring fans that Wade Wilson would be as violent and motor-mouthed as ever. But that core audience might not actually be that big. The circulation for Deadpool’s current solo title is somewhere between 60,000 and 80,000 readers, and unlike the Avengers or Batman, Deadpool definitely isn’t aiming for a mainstream family audience. To be fair, R-rated action comedy is far from a niche genre. But Deadpool still fails to measure up against other self-aware genre comedies like Shaun of the Dead or 21 Jump Street, landing squarely in the fratboy zone of the Scary Movie franchise.

Fans of the comics will probably be satisfied, but if you’re looking for a genuinely weird comic book adaptation, you’re better off watching Tank Girl or The Tick.