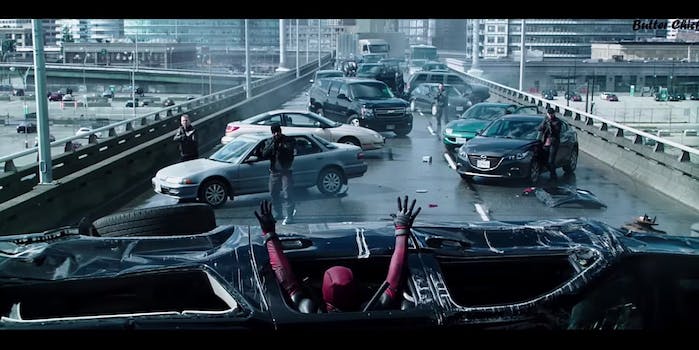 The throttle somehow engaged on her fifth attempt and she lost control.

A stunt woman working on the set of Deadpool 2 has died of injuries she sustained in a motorcycle stunt gone wrong.

The unnamed stunt driver had performed the stunt successfully several times, according to witnesses, before the throttle engaged on her fifth attempt and sent her crashing through the ground floor of Shaw Tower in Vancouver around 8:20 this morning.

ALS ambulance just left – no lights/siren – 45 min after injured rider was put in back. U/c if actress or stunt double #DeadPool2 @GlobalBC pic.twitter.com/TJzyqmu0LP

A stunt driver has died on the set of Deadpool during a stunt on a motorcycle. VPD & @WorkSafeBC investigators are at the scene.

A spokesman for 20th Century Fox told Variety, “We are deeply saddened by the accident that occurred on the set of Deadpool 2 this morning. Our hearts and prayers are with the family, friends, and colleagues of our crew member during this difficult time.”

It does not appear that anyone else was injured, but filming has been shut down as investigators review the incident. The tragic news comes just months after another stunt actor, John Bernecker, died after falling on the set of The Walking Dead near Atlanta.