New comic sends a retiree on an Indiana Jones-style adventure

A geriatric adventurer is the star of Jonathan Hickman’s latest comic.

The Dying and the Dead has all the hallmarks of an Indiana Jones movie. Religious artifacts. Nazi ties. Supernatural elements. The key difference: The Dying’s Col. James Canning is considerably older than Indy, even than in The Kingdom of the Crystal Skull.

Set in 1969, The Dying opens with a Special Forces-style strike at a lavish wedding reception. Mere minutes after the marriage is consummated, the groom gets a bullet to the brain, and the bride helps the intruders boost an item from a secret vault—one filled with a bust of Hitler, an ancient scroll, and an assortment of antique arms and armor. 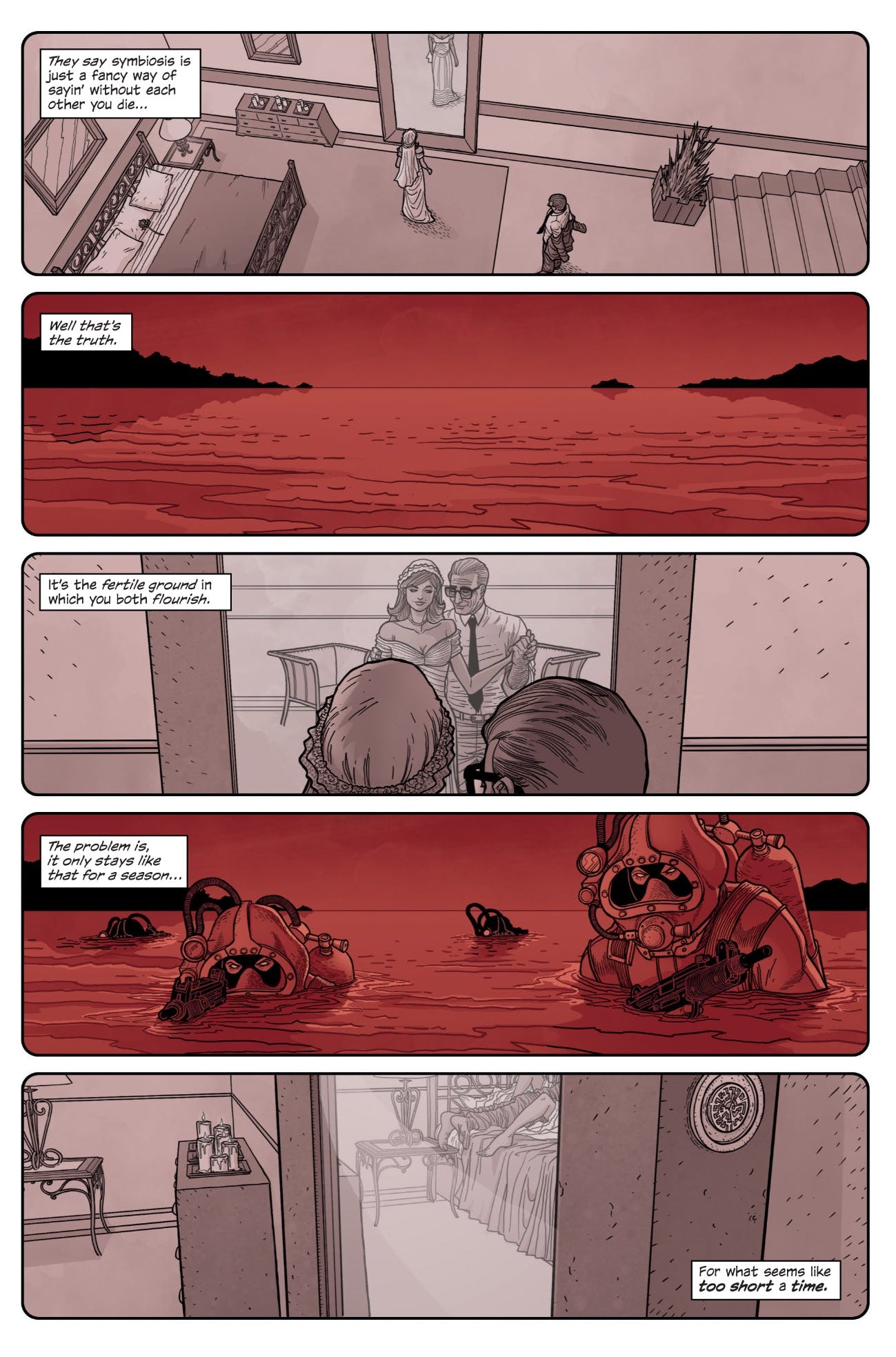 Juxtaposed with the audacious and bloody raid is Canning’s musings on the power and frailty of love. This is followed by Canning sitting bedside in a darkened hospital room, holding his cancer-stricken wife’s hand as a pale spectre lurks in a corner. After a doctor delivers grim news, the mysterious stranger steps forward to offer the old man some hope: a possible cure in exchange for Canning’s services.

As Canning is being chauffeured from Santa Fe, N.M., to Amarillo, Texas, to meet with the lackey’s boss, we learn the hit squad makes their home in a mountain stronghold/former Nazi base (because of course they do). It’s here they and their brethren celebrate the acquisition of the Bah al’Sharur as their Stalinesque leader looks on. Clearly no good can come from this.

At a whopping 61-pages, The Dying is long on exposition and short on action—save for that opening scene. Writer Jonathan Hickman is one of the more cerebral scribes working in comics today. As such, readers can expect lengthy philosophical conversations like the one that transpires between Canning and “The Bishop.” It ends with the geriatric Canning agreeing to retrieve the Bah al’Sharur, just not in this issue. 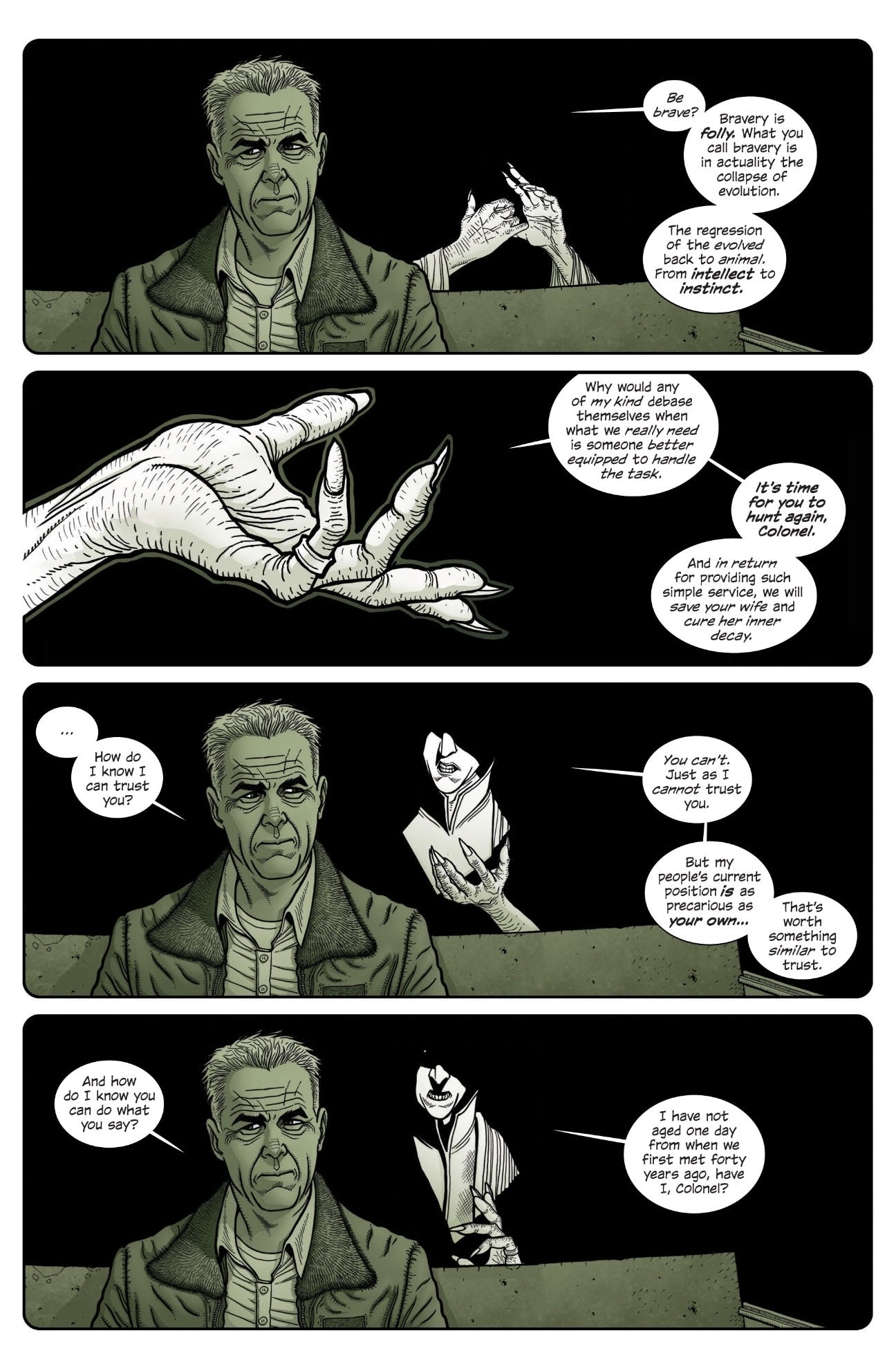 While the pacing can be somewhat glacial, it provided me the opportunity to pour over Ryan Bodenheim’s incredibly textured art. Michael Garland’s colors deserve special mention, too. Though his color palette is limited, his ability to set the mood isn’t.

With another over-sized issue on the way, I’m looking for a little more adventure next time out. I may just get it, too. According to the February solicitations, Canning will be rounding up his old WW II buddies and going after the Bah al’Sharur. I just hope no one breaks a hip.

The Dying and the Dead No. 1