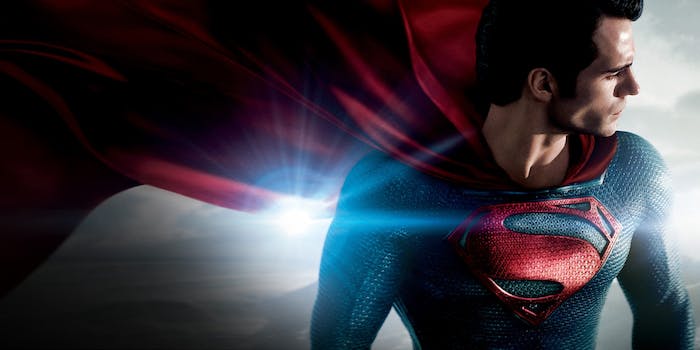 Warner Bros.' CEO says DC Comics movies are edgy and realistic. They're not. But that doesn't really matter.

In the ceaseless and often idiotic war between DC and Marvel fandoms, the “gritty vs. fun” debate is an old favorite. The latest volley in this battle comes from Warner Bros. CEO Kevin Tsujihara, who said on Wednesday that DC movies are “steeped in realism” and “edgier than Marvel’s movies.”

Yes, DC movies are edgy, gritty, and realistic, while Marvel movies are all action comedies about talking raccoons. That sounds about right.

Except it’s difficult to describe Superman, a cape-wearing alien who shoots lasers from his eyes, as “steeped in realism.” As for the Batman films, they’re a decidedly non-edgy franchise about an angry white man pummeling criminals into submission—basically the most generic action concept around, plus a bat-suit. And unless Warner Bros. completely rewrites Wonder Woman, she will still be a whip-wielding Amazonian demigod when Batman v. Superman: Dawn of Justice comes out next year.

Meanwhile over at Marvel, Iron Man is based on the surprisingly believable idea of self-obsessed billionaire building himself a robot suit, and Captain America begins with the U.S. government performing medical experiments on soldiers. (Of course, there’s also Thor and the Hulk, but you get the point.)

DC movies are neither edgy nor particularly realistic, and they’re also not very different from Marvel. Both brands are in the business of making big-budget superhero movies with a PG-13 rating, which is not a genre that lends itself to edginess. It’s also not a genre where realism is highly prized. Most successful superhero movies are grounded in relatable themes and settings, but in the end you’re still buying into the intrinsically ridiculous premise of someone with superpowers defeating evil while wearing a silly costume.

Warner Bros. and Marvel Studios have slightly different editorial tones, influenced by their respective comic book sources and by the creative choices of people like Kevin Feige, Zack Snyder, and Joss Whedon. But all this talk of edginess and gritty realism is getting old, and it’s not doing DC/Warner Bros. any favors. In fact, it’s probably why so many people believed the rumor that Warner Bros. had introduced a “no jokes” policy for its DC movies last year. It seemed surprisingly plausible that DC might decide to ban laughter in case it overlapped too much with Marvel’s brand.

By continuing to frame DC adaptations as the darker, tougher option, Warner Bros. is setting itself up for comparisons with Guardians of the Galaxy (which is unabashedly silly yet still made more money than Man of Steel), and Marvel’s more serious projects like Captain America: The Winter Soldier and the upcoming Daredevil series. It’s backing itself into a corner, and the marketing spiel about mature, realistic superhero fiction will only last so long once Aquaman, Wonder Woman, and the Suicide Squad come out.

Photo via Man of Steel/Warner Brothers